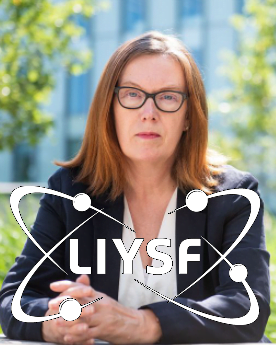 Professor Dame Sarah Gilbert will give the Keynote Opening Address at the 62nd LIYSF.

Professor Gilbert is the Saïd Professorship of Vaccinology, Jenner Institute & Nuffield Department of Clinical Medicine at the University of Oxford and co-founder of Vaccitech

Professor Gilbert is the woman who designed the Oxford vaccine for COVID-19 and was awarded a damehood by HM The Queen in 2021 for this work.

For over fifteen years Professor Gilbert has been making and testing vaccines, which are designed with the aim of inducing T cell responses. Her work has largely been focused on using antigens from influenza, tuberculosis and malaria. A number of the vaccines she has developed have progressed to clinical trials.

Her previous success has been with heterologous prime-boost regimes using either arecombinant fowlpox or a DNA vaccine or an adenovirus.  to prime a response and recombinant MVA (Modified Vaccinia Ankara) to boost it. Her laboratory has also created two new Influenza A vaccines, ChAdOx1 NP+M1 and MVA-NP+M1.

Recent work has looked to developing vaccines for pathogens such as Lassa, CCHF, MERS and Nipah (both emerging and re-emerging) and clinical trials are currently in process for MERS in Saudi Arabia, where the virus is endemic after successful UK trials.

Professor Gilbert is the co-founder of Vaccitech ( University of Oxford spin-company) and have developed the the Oxford vaccine against SARS-CoV-2, as well as novel vaccines using Modified Vaccinia Ankara (MVA) and the non-replicating viral vectors Chimpanzee Adenovirus Oxford (ChAdOx).