The London International Youth Science Forum was the brainchild of the late Arthur McTaggart-Short and Philip S Green MBE. In the aftermath of the Second World War an organisation was founded in Europe by representatives from Denmark, Czech Republic, the Netherlands and the United Kingdom in an effort to overcome the animosity resulting from the war, plans were made to set up group home to home exchanges between schools and communities in European countries. This functioned with considerable success and in 1959 it was decided to provide a coordinated programme for groups from half a dozen European countries and, following the belief that ‘out of like interests the strongest friendships grow.’ They based the programme on science. 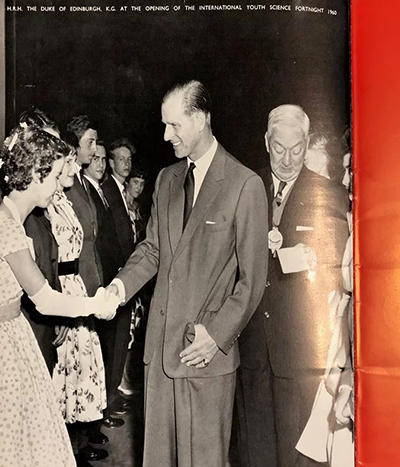 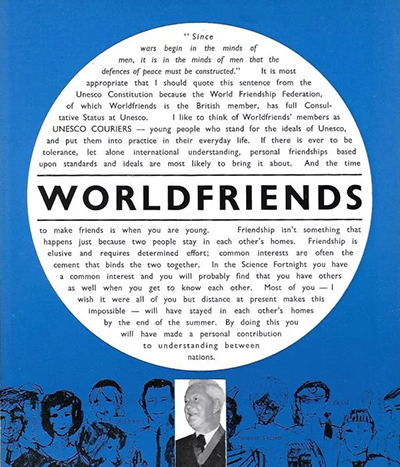 HRH The Duke of Edinburgh agreed to be Patron of the event and spoke at the first Opening Ceremony in 1959. Within a relatively short period, interest in LIYSF spread beyond London with schools and local education authorities throughout the United Kingdom seeking to send their students to the meeting. As a result, the meeting gradually changed. Instead of being based on home to home exchanges, it became a residential meeting with its participants living in Halls of Residence of the University of London. In the early sixties the range of participation extended beyond Europe, firstly across the Atlantic to the United States and Canada.

With the increase in nationalities represented, soon the Middle East, the Indian Sub Continent and countries of the Asian Pacific Rim were represented, the programme developed its scope. From its inception, the aim of LIYSF was to give a deeper insight into science and its application for the benefit of mankind, and to develop a greater understanding between young people of all nations. Through principal lectures, seminars, visits to research establishments etc the aim was to put science into perspective and to encourage those attending to be aware of the needs of the world and what was happening in disciplines other than the one they were studying. 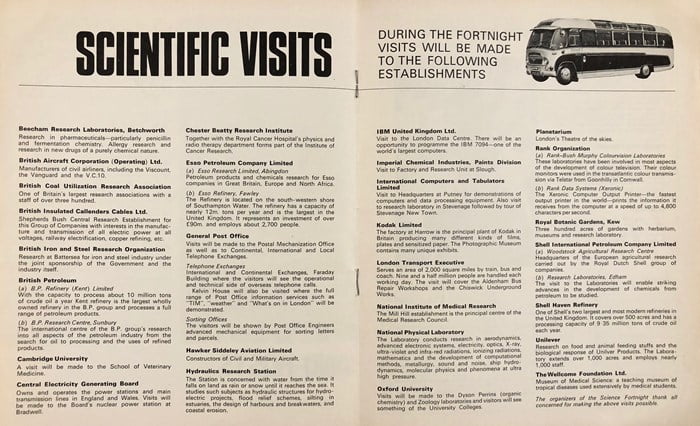 In 2020, LIYSF was again granted Royal Patronage, with Her Royal Highness, The Princess Royal becoming Patron of LIYSF. HRH attended and addressed students in 2019. Richard Myhill, the director since 2008, transitioned LIYSF to be a not-for-profit organisation, to align with the principles, original formation and outlook for the event. LIYSF has also enjoyed UNESCO patronage since 2016

n the eighth decade of its existence the structure of LIYSF and its participation is constantly evolving. Former participants have been used to staff the meeting for over thirty five years and several former participants now act as lecturers and provide programme input. Those selected are frequently winners of national and international competitions, science fairs etc. The calibre of the participants is extremely high, the academic level being that of entrance to a university.

As a result of this LIYSF has attracted the interest and support of many leading figures in the world of science and politics. An Honorary President assists as a consultative council, the current President is Professor Clare Elwell of University College London (UCL). Her predecessors include no less than four Nobel Laureates, (Sir John Cockroft, Sir Lawrence Bragg, Sir Joseph Rotblat and Lord Porter). Our current Science Patron is Professor Richard O’Kennedy, who has been LIYSF president, staff member and participant. Many leading figures in British political life have addressed LIYSF including Neil Kinnock and Margaret Thatcher, the former Prime Minister, who paid two visits to the Science Forum. For more information, please download the LIYSF About Us Brochure.