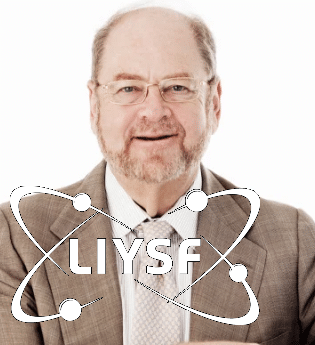 We are delighted to confirm that Professor James Rothman will give the Key-note Opening Lecture at the 62nd LIYSF 2020.

Professor James Rothman is the Sterling Professor of Cell Biology at Yale University, USA. He is one of the world’s most distinguished biochemists and cell biologists and received the 2013 Nobel Prize in Physiology or Medicine. He is Chair of the Yale School of Medicine’s Department of Cell Biology and Director and founder of the Yale Nanobiology Institute.

Professor Rothman has also received many awards for his research on vesicle trafficking and membrane fusion, including the King Faisal International Prize for Science, the Kavli Prize in Neuroscience, the Gairdner Foundation International Award, the Lounsbery Award of the National Academy of Sciences, EB., the Massry Prize, the Wilson Medal, the Heineken Foundation Prize of the Netherlands Academy of Sciences, the Louisa Gross Horwitz prize of Columbia University and the Lasker Basic Science Award.

He obtained his undergraduate degree in physics from Yale College and received his Ph.D. in biological chemistry from Harvard. He subsequently was a student at the Harvard Medical School and completed a fellowship at the Massachusetts Institute of Technology in the Department of Biology. He has served as a professor at Stanford, Columbia and Princeton universities. He founded and chaired the Department of Cellular Biochemistry and Biophysics at Memorial Sloan-Kettering Cancer Center and later served as Director of Columbia University’s Sulzberger Genome Center.

Professor Rothman’s pioneering research discovered key molecular machinery that is responsible for transfer of materials among compartments within cells. This work enabled understanding of important biological processes, including, communication between nerve cells in the brain, the release of insulin into the blood and the entry of viruses to infect cells.  He discovered the complex of SNARE proteins, the GTPAse-switch mechansim and reconstituted vesicle budding and fusion in a cell-free system.

He is a member of the US National Academy of Sciences and its Institute of Medicine and a Fellow of the American Academy of Arts and Sciences.