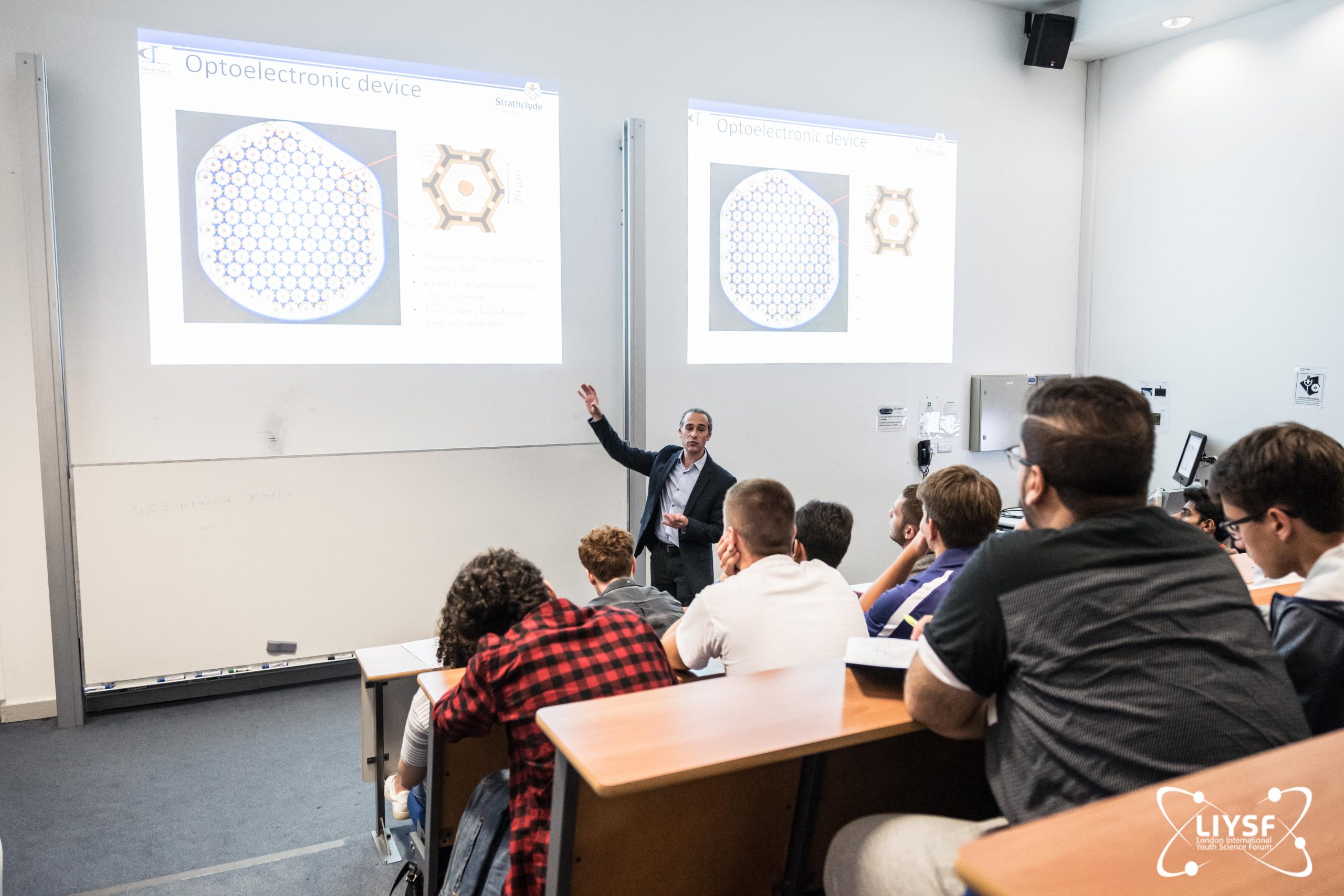 Dr. Keith Mathieson is the Director of the Institute of Photonics, a research institute that focuses on applied photonics. He’s concerned with combatting retinal degenerative diseases which lead to blindness such as age-related Macular Degeneration and Retinitis Pigmentosa.

On LIYSF’s ‘Specialist Study Day’, Dr. Mathieson came to talk to our students about the technology he and his group are developing to restore vision to the blind.

Age-related Macular Degeneration (AMD) is the most common cause of blindness in the world (1 in 30 people are affected), and the dry form of AMD currently has no effective treatment.

Retinitis Pigmentosa (RP) is another disease affecting approximately 1 in 4000 people worldwide, which leads to tunnel vision (progressive loss of rods until only the central retina is functional).

Keith and his team are concerned with trying to find a way to restore vision to the blind using optoelectronic devices which can be implanted into the eye, detect incoming light and then electrically stimulate neurons to give rise to the appropriate sensory experience. 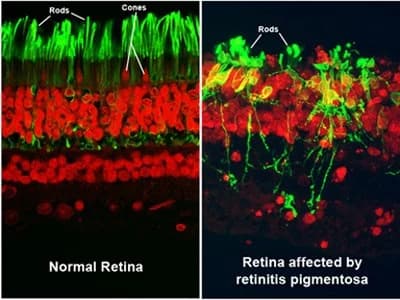 The Limits To Restoring Vision

The principal of restoring vision to the blind is similar to that of the Cochlear implant. These implants are artificial hearing devices that when integrated into infants end up resulting in almost perfect hearing as they grow up.

The reason why they integrate so effectively is a phenomenon called neuroplasticity – their brains are still young and they respond to and adapt to the electrical signals coming from the implant and develop to incorporate it.

However restoring vision is also much more complex, and in fact, people have been trying to restore vision with electrical currents since Charles LeRoy in 1755.

Humanity has come a long way since then, but the upper limits of Optoelectronic Retinal Prosthesis still plateau at about 20/1200 vision (20/400 is considered legally blind by the World Health Organisation, and is the goal for these technologies to overcome).

These arrays are coated in silicon carbide (which protects the electronics from the salty liquid environment inside the body) and are injected via syringe onto the retina in the back of the eye.

Initial tests show that the device produced by Keith and his team can potentially provide up to 20/250 vision for previously blind patients (surpassing the legal definition of blindness; 20/400).

From here on the plan is to improve their device’s spatial resolution and to move onto clinical trials (in collaboration with Pixium).

The presentation was a real eye-opener for our participants and Dr. Keith Mathieson’s work is the epitome of using science to Make Life Better!