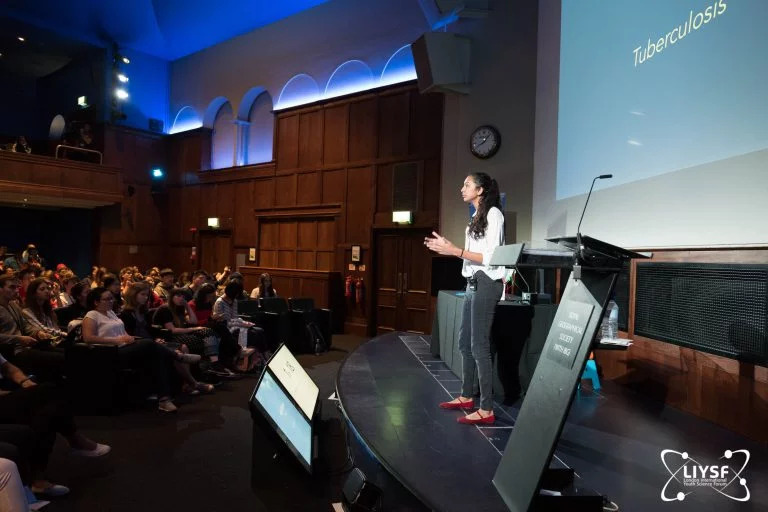 “Science is about bringing people together through sharing our research, innovation and compassion with one another”

LIYSF held a ‘FameLab style’ evening event this year, which gave the 10 participants (voted by the judging panel) from the Science Bazaar, the opportunity to present their poster project work to the forum. With a strict time of three minutes, each student was given the opportunity to present their topics to the audience who were accompanied by three previous FameLab winners and British Council Representative. 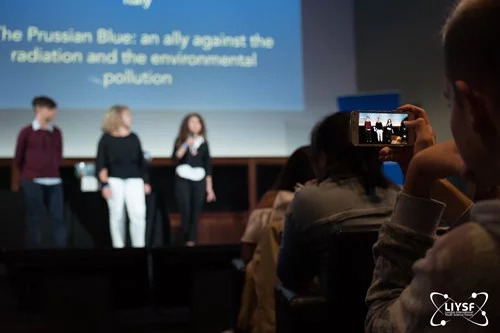 The science bazaar allowed for our participants to engage their fellow participants with the research they were undertaking in their home countries and display this to the audience in an exciting way!

From Onions to the Quantum Hall Effect, our participants brought a variety of topics to Famelab, and here are LIYSFs top two picks for the three-minute speeches that were ‘hot topics’.

An Insight Into Two of The 10 Topics

Andres began by explaining the context to the audience of the rising problems our Earth is facing. From severe pollution to the exploitation of natural resources, we are experiencing our own earth shrinking at an astronomical rate due to the prospect of a projected rise in population by 2.6 billion people in 45 year’s time.

Eskenazi discussed and explained to the audience the possibility to send 2,000 people into space in a self-sustaining settlement in order to depressurize the increasing population on Earth which is arguably, a catalyst effect of the countless issues generated on earth. 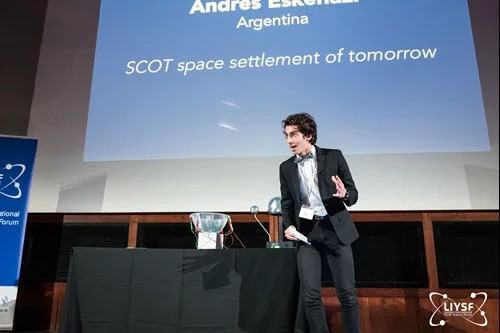 Despite SCOT being a vision for the future, the sheer amount of technological developments occurring between now and then to make it possible will be challenging, but is projected to have outstanding benefits in the future:

Eskenazi’s presentation was gripping to listen to as he captured the audience’s attention to this deliriously sounding concept. Despite it being far into the future, his passion and innovation in his presentation did not go unnoticed in the way he spoke about SCOT. Supporting his presentation with financial figures and his thought process on how to support and sustain life in space, making it engaging and exciting to find out more.

“With passion, anything is possible”
Andres Eskenazi, 2017 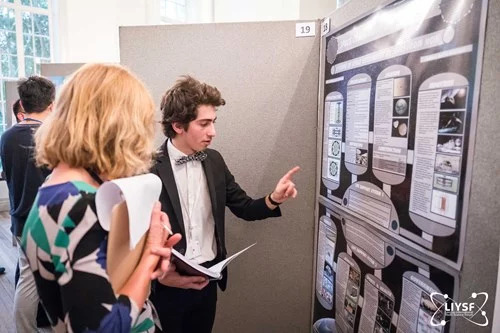 2. Camilla Hurst – The role of materials and surfaces in the transmission of bacteria

700,000 people die worldwide each year due to resistant bacteria. Camilla Hurst captured the audience with this scary statistic. Bacteria are increasingly becoming resistant to antibiotics. What is scarier, is that we are dependent on antibiotics as support in our modern life. Therefore, thinking of ways of ways to prevent the spread of bacteria is vital.

Bacteria is transmitted everywhere and by everyone. Thus, making it instantly difficult to avoid it. Hurst presented her project at the Science Bazaar by explaining that the highest percentage of bacteria is transmitted in public places with the crucial importance of decreasing bacteria within schools too. She took an interestingly unique way to investigate the reduction of the impacts of bacteria. 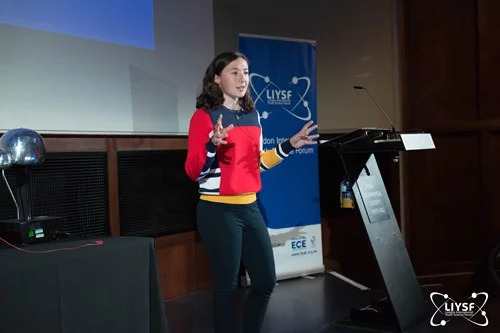 Hurst discovered the key following factors to reduce the impact of bacteria spreading:

The innovative presentation not only considered the vital importance to decrease bacteria in the world due to the problematic consequences, but also to doing so in an effective way!

The importance of international opportunities

LIYSF is about providing opportunities!

These opportunities for our students each year to attend and present their own projects and research, aim to exhibit engaging and insightful student topics, with worldwide representatives. The science bazaar, followed by the FameLab event displayed an enormous amount of talent. The importance of providing opportunities and experience for our young scientists is something the FameLab event provided for our participants.

The importance of international participants sharing their research is fantastic and hopefully encourages them to return to the UK to continue their studies and research. This will especially be the greatest opportunity for students who may not have access to facilities for conducting difficult research.