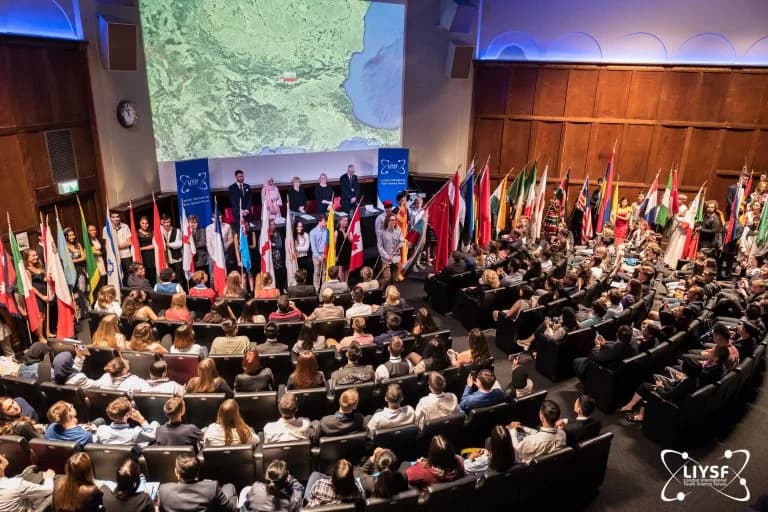 “You are a citizen not just of your country, but of this world.”
Professor Richard O’Kennedy – President of LIYSF

Founded in 1959, LIYSF aims to equip young people from nations all over the world with a deeper understanding of and appreciation for science.

In 2017 the two-week LIYSF programme has attracted 475 of the world’s leading young scientists aged between 16-21, from 67 participating countries.

The Opening Ceremony (27th July) marked the beginning of the forum and it was celebrated with several distinguished guests including Joanne McCartney (Deputy Mayor for London), Maggie Dallman (OBE, Imperial College London), and Professor Hayat Sindi (UNESCO Goodwill Ambassador, CEO I2 diagnostics for all).

The ceremony commenced with some powerful words of wisdom for the students by LIYSF President, Prof. Richard O’Kennedy. He reminded our students of their responsibility to make the most of their time here at the forum:

“Never for a second underestimate what you can do. Each and every one of you can make the world better for everybody around you.” 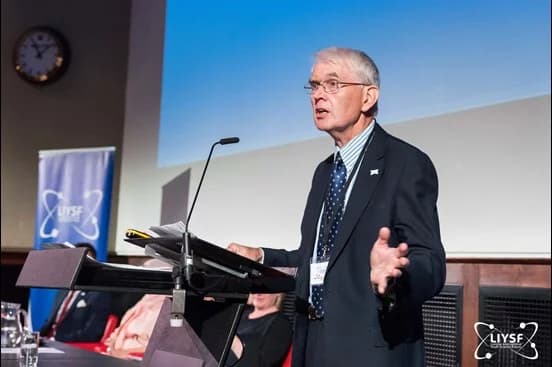 Professor O’Kennedy reminded us that LIYSF reaches far deeper than simply learning some new science as students seem to leave LIYSF, with not just a head full of knowledge and ideas, but also with a radical shift in perspective of what their career in science could mean for them, their family and the rest of the world.

This inspirational side of LIYSF was perfectly exemplified in the latter half of the ceremony with an emotional and thought-provoking keynote by Professor Sindi. 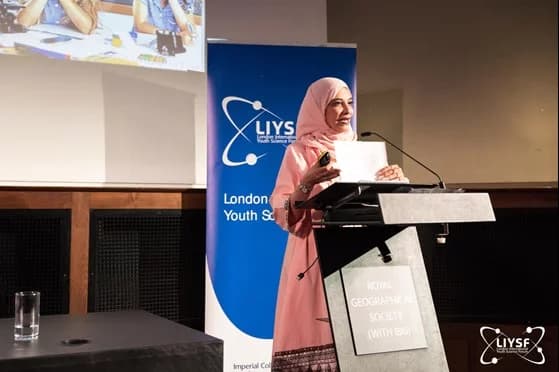 Professor Sindi delivered several profound messages of wisdom for this year’s students – not just being a good scientist, but also a good citizen and becoming a benevolent innovative force in the world.

Her carefully articulated words truly linked to LIYSF’s theme this year of ‘Making Life Better’ as she spoke of the importance of social innovation as well as the struggle for women in the past to enter the scientific industry. She covered not only the growing levels of diversity in science but also the need to work on increasing exposure of female scientists today and thus, for allowing doors to be opened in the future to women in science.

Students left the theatre inspired, excited and filled with hopeful enthusiasm as they got ready to embrace the exciting next two weeks in London for LIYSF.