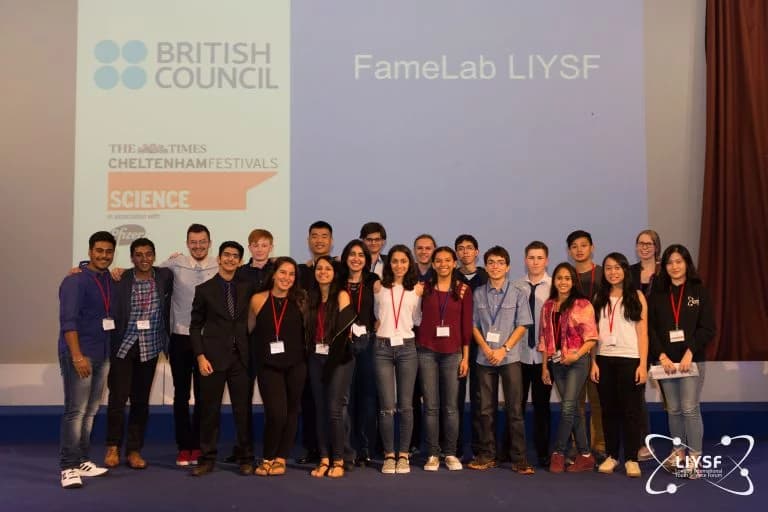 Ten students from the LIYSF Student Bazaar were selected to present their projects at the Famelab LIYSF evening on the 30th of July. Hosted by Dr. Riccardo Guidi and Dr. Caroline Shenton-Taylor, the evening provided the students with an opportunity to summarise their projects in front of the 500 LIYSF participants.

One of the hot topics from the evening was ocean pollution. Last summer Noga Arad went to the beach with her friends, and by the end of her swim, she felt like she was swimming amongst a mass of rubbish. This experience lead her to the realisation that ocean pollution was beginning to affect her everyday life, and that something needed to be done about it. Her research found that there is currently over eight million tonnes of plastic in our oceans, and one plastic drink bottle results in 60,000 fragments of microplastics in the ocean. Noga’s presentation outlined to all of the participants that it is incredibly important that we take action and start ending ocean pollution today. 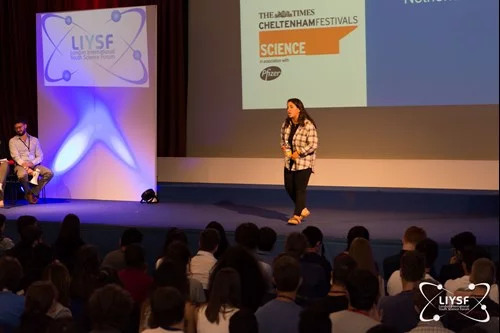 Did you know 65 million people live in the slums in India? This is more than seven times the population of London. Because of this, a group of students from India decided to consider what effect secondary air pollutants have on the respiratory health of both women and children who are living in slums. Naemat Brar, Aseem Sharma, Rubina Gulati, and Rehmat King’s project looked into this issue. In order to determine the amount of damage to respiratory health, they firstly calculated the lung capacity of both women and children. Then, they calculated the number of pollutants that they were breathing in each day. This worked out to be the equivalent of smoking 100 cigarettes per day! The project also determined that the women and children living in the residential slum were not as severely affected as the woman and children living in the industrial slum. In order to overcome the issue of air pollution, they have created a low cost solar-powered air purifier, which can be implemented to decrease the amount of damage that secondary air pollutants have on the respiratory health of women and children living in the slums of India. 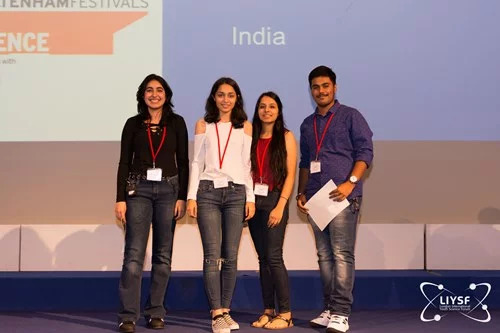 How many fans does it take to cool you down in the middle of summer? For Tanmay Chopra, the answer was too many. He decided that he was going to “awaken the sleeping dragon” by reinventing the way that ceiling fans are designed. Ceiling fans are currently designed to suck in air from the top and blow it down, cooling down whoever is directly below the blades in the process. In order to make fans more efficient, Tanmay decided to change the angle at which the blades of the fan rotate, making the fan three times more efficient. He also redesigned the fan using phase-changing materials, which absorb the heat from the room without making the substance itself hotter. While chocolate can be used as a phase-changing material, he learned that it was best to stick to eating chocolate rather than using it for designing ceiling fans. 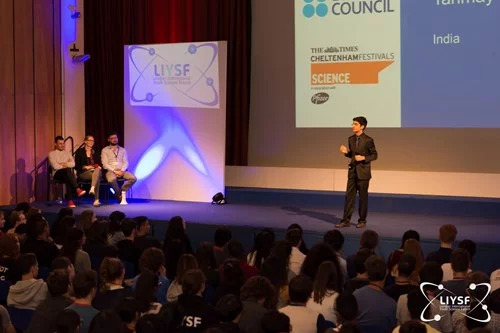 The other topics that were presented by students covered a wide range of topics including: