I attended LIYSF in 2005 and those two weeks showed me just how rewarding it is to be part of an international community with a shared excitement for science and it is an environment I have tried to recreate elsewhere ever since.

LIYSF gave me an insight into studying abroad and the confidence to apply to international institutions and my participation in LIYSF formed part of my university applications. I started studying physics at a Danish university. I carried out a research project on the role of ketone bodies in diabetic comas. I got placed first within the Danish Young Scientist competition and also got to present at a conference in Beijing, China. I was also involved in outreach activities and in my second year I taught the first year example classes for the physics courses. 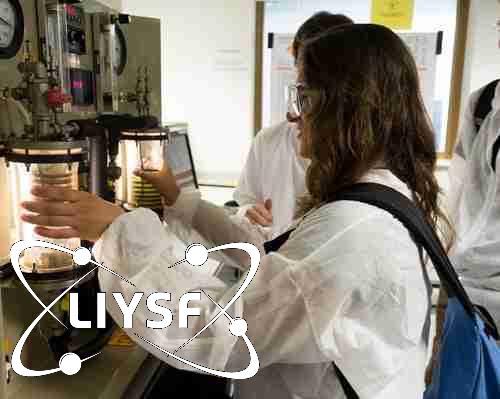 I am currently studying third year physics at Pembroke College, Cambridge, UK and am very much enjoying the course and the student life. Next year I will be specialising, probably in either quantum physics or biophysics, and after that I hope to do a PhD. My best friend at Cambridge actually attended LIYSF the same year as I did, and we first got talking because we recognised each other from the forum. We often talk about the people we met during those two weeks in London and how rare it is to have so many amazing people congregated in one place. I have kept in touch with several of the people I met in London, some of them are at Cambridge and some study at American universities, and I am convinced that most of those people will go on to do great things.

The LIYSF programme was very good and challenging –  the lectures, the student presentations and the visits (to Cambridge amongst other places) were inspirational – but what I mostly remember is how addictive an experience it is to be surrounded by such passionate people from all over the world. I would recommend LIYSF to young scientists across the globe.