This year I was privileged enough to be one of the delegates representing BINUS International School Serpong in this great science forum in its 52nd year. There are no words that could possibly describe how exciting and wonderful this experience to me and how it has changed my perspective on science and on life itself.

In the two weeks of stay, I have learned about science and the society. I have heard experts talked about their works and how they are contributing in making the world a better place to live. I have visited research institutes that provide current and future scientists of all the resources that will help them to make incredible breakthroughs in the field of science. I visited Oxford and Cambridge Universities – two of the most prestigious universities in the world. I stayed at Imperial College London, the leading science university in the world. Last but not least, I got to experience seeing and being a part of the world in one place – London.

London is the capital city of England, UK. There’s a saying ‘when you get tired of London, you get tired of life’, this is actually factual based on my experience. London is a vibrant, culturally dynamic and unique city, mostly because of its diverse culture and preserved heritage. The forum itself is located at Imperial College London, in the heart of London, which made it a perfect combination of both scientific and cultural experience. During free time, I got to explore the city of London. I went to various tourist spots such as the London Eye, Big Ben, House of Parliament, Tower Bridge and of course the Buckingham Palace. I also went to various shopping spots, mostly for the ‘oleh – oleh’; these include Oxford Street, High Street Kensington and Portobello Market.

The activities during LIYSF gave me new knowledge about science as well as knowledge on how science and society work together. I learnt and understood different perspectives from around the world on how the various fields of science could solve today’s problems. The most exciting event for me was the group discussion. The theme for this year was ‘Energy – The Global Challenge’. During the discussion, the participants talked about the different aspects on energy: the types of alternative energy, the impact on using energy and the solution to the energy crisis that we are having today and how to achieve a sustainable yet environmentally friendly future. 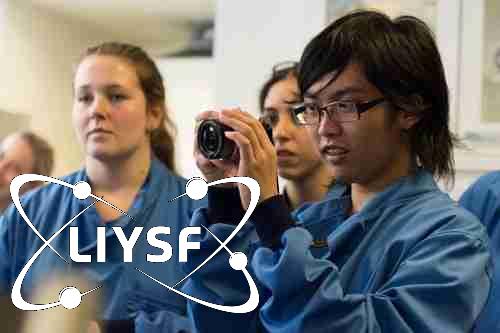 Visiting research institutes and colleges was also fun. For me, I got to visit the Imperial College Royal School of Mines, University College London: The Mullard Space Science Laboratory and the Oxford University Botanic Garden and National History Museum. Each of the places gave me a unique experience in exploring different aspects of science. During my visit to the Royal School of Mines, I was lucky enough to attend a lecture from a geologist who had a three-month research work to the Antarctic continent to investigate on how global climate change had affected the earth in the past, and how it may affect the earth in the future. The Mullard Space Science Laboratory is located just outside of London, in a county called Surrey. During that trip I got to learn about astronomy and the exploration of the solar system and the universe. I also went to Oxford University, to visit the Botanic Garden and the National History Museum. While I was there, I learned about the different types of plants and the interesting facts about them as well as the prehistoric creatures that lived in the past.

One of the most memorable things that happened during the forum was meeting new friends from all around the world. This happened through various social activities such as the science forum bazaar, disco, participant’s forum and even the small talks that we had during free time. Now, I am so fortunate that I have made friends with people from Jamaica, UK, USA, Australia, Japan, Spain, Italy, Ireland, Norway and many other places in the world. I tried to learn and understand their cultures, they tried to learn mine. During the two weeks of stay I also get to know each and every one of the Indonesian delegates.

Being a part of LIYSF was a privilege, and being in London was one of the best experiences that I’ve ever had. However, it was the people I met that gave lasting impressions; I learned so much from them and I hope that they also learned something from me. LISYF is an opportunity of a lifetime and I am glad that I was a part of it.