The Rosetta Mission: To Catch a Comet! Ex Astris – As Astris 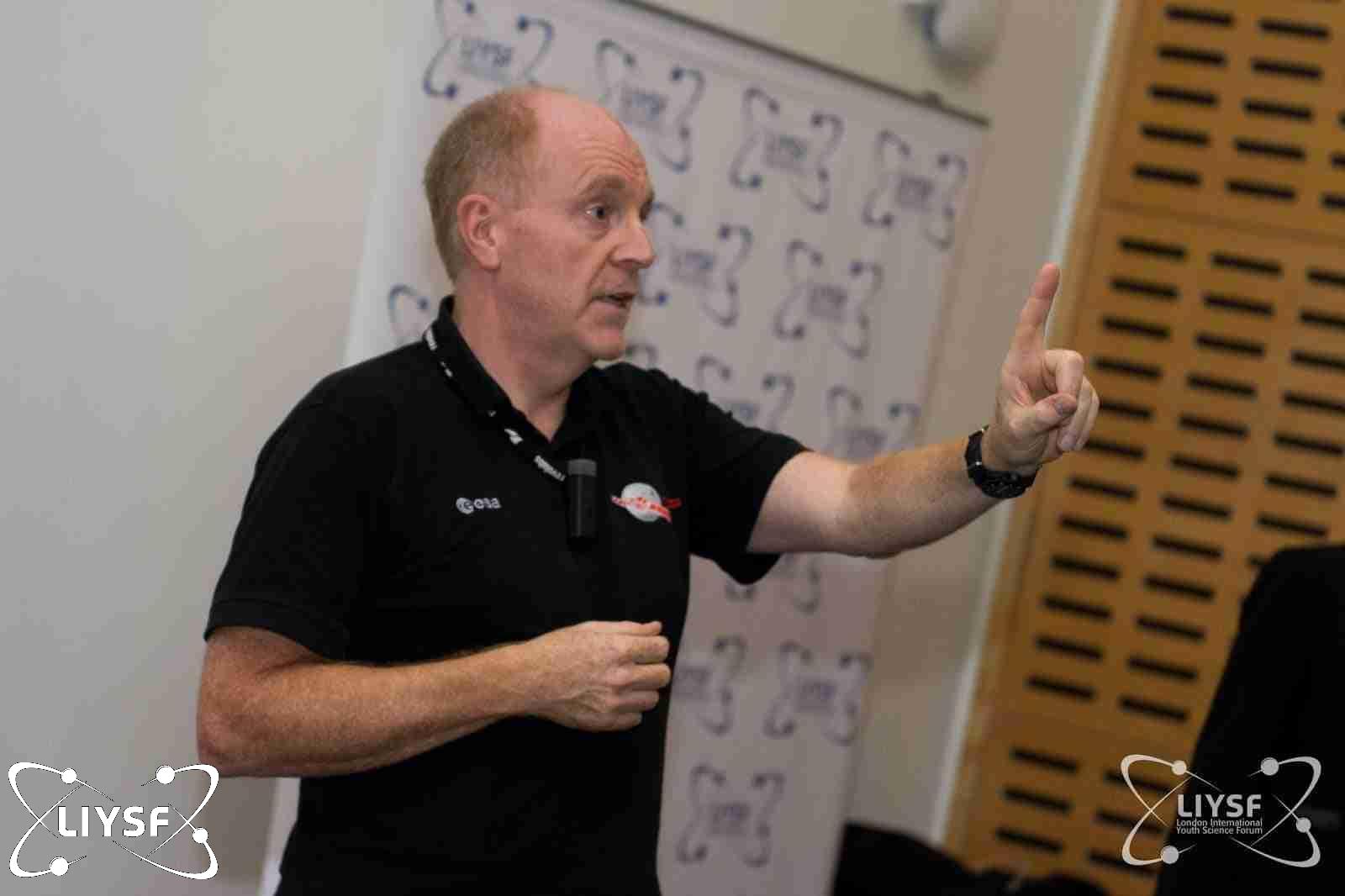 Learn in depth about The Rosetta Mission here

In light of recent news about the Rosetta mission, LIYSF is delighted to have had Professor Mark McCaughrean, the senior science advisor for the European Space Agency speak at the forum on Wednesday 29th July 2015.

LIYSF was truly excited to hear from Professor Mark McCaughrean, the Senior Science Advisor for the European Space Agency (ESA). Professor McCaughrean is responsible for dozens of missions in space, including the infamous Rosetta mission!

“We are all made of stars and comets. We are one small piece of the Universe, just trying to understand the rest of it.”

Perhaps you have heard about the legendary Hailey’s comet? Hailey’s comet flew past Earth in 1986, and in anticipation of this historic event, the ESA successfully shot a satellite into the sky to capture photographs of the comet.

ESA is not the only organisation to investigate our expanding universe. NASA has sent dozens of missions into space, including “Stardust”, where NASA collected dust samples from a passing comet and “Deep Impact” where two spacecraft flew out to a comet, one collided and one recorded event, to understand what happens in a comet collision.
However, technology has significantly evolved since these missions, particularly in relation to the exploration of space. Originally scientists could only hope to catch a mere glimpse of a comet as it flew past our atmosphere, nevertheless the Rosetta mission aimed to achieve the one thing that these missions have yet to achieve: landing a space probe onto a comet.

Perhaps you are wondering why comets are so important to the origins of our world? Well, allow me to explain! After the Big Bang, materials in the atmosphere formed into dense dust clouds, which under the influence of gravity, turned into our planets.

The formation of our planets required billions of years, especially to decrease in temperature. If our planets were so extremely hot in the beginning, up to 1000 trillion degrees Celsius, then how could we possibly have formed water and sustained life on Earth?

The answer lies within our comets. Comets are composed of 50% water and excess materials from the Big Bang. In the initial development of the solar system, comets frequently collided with planets, which could be the reason why water exists on Earth. Comets also consist of vital organic molecules and amino acids that were essential to the Earth, as we know it.

The Rosetta satellite consists of a 2.5m3 orbiter with two 14 metre long solar panels, which are used to collect energy directly from the sun. This combined weighs almost 3 tonnes! The satellite also contains a probe named “Philae” approximately 2.5 metres wide and has a mass of 100kg. 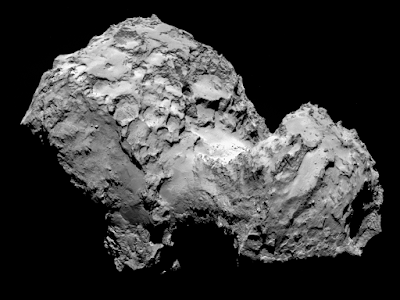 The scientific challenges involved in attempting to land a probe on an irregularly shaped, rotating object were certainly overwhelming. Imagine you’re trying to throw a dart at a dartboard. You have to hit the centre of the target. Oh, and of course, the target is moving. And in conjunction with all of these problems, you’ve never actually thrown a dart before. This was the challenge that Rosetta’s research team faced when they planned an attempt to land a probe on Comet 67/P.

However, despite every difficulty Rosetta’s research team faced throughout their 10-year mission, on the 12th of November 2014, the team successfully landed their probe on Comet 67P.

Isn’t that incredible? Philae successfully collected and analysed materials from the surface of the comet, providing ESA with crucial information about our origins.

Speaking of discoveries, perhaps you are curious about exactly what information Philae sent back to Earth. If so, well you’re in luck! On the 30th of July 2015, the research team at ESA will release the scientific articles containing all new information about the composition of Comet 67/P! See their most recent article on How a Comet Reacts to the Wind.

As Professor McCaughrean stated, “Ex Astris – As Astris” which translates to, “From the stars – To the stars.”

Special thanks to Professor Mark McCaughrean for visiting LIYSF to present a truly exhilarating and inspiring lecture.