My name is Leonard Panashe Nyaruwanga. Being the first from my Country and also being part of the first YoSA students to participate in London’s World Class Forum 2017, you cannot simply imagine the weight that was on my shoulder, I had to fully represent, for my sake and that of others. I would have opened doors for my nation by proving through my performance that there is great potential in Zimbabwe. I was so nervous but at the same time felt on unrelenting urge to satisfy, learn, experience and quite simply to be alive and be shown how endless possibilities are unraveled through science.

I deeply feel I was chosen to be a pioneer, one who inspires change and LIYSF gave me the basic foundation and priceless exposure and link to steps I should take to achieve my goals, them stressing on illumination of the fact that, unlike how I narrowly thought before, there really is no limit to how far you can dream and there is so much the world has offer and the only requirement is your will, passion, devotion and determination. 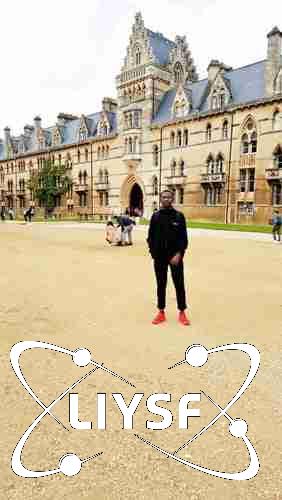 I was chosen through a process whereby our physics teacher had to choose his best students, got recommended by our headmaster. Only 6 of us were left we had students from different schools. None of us were able to pay for LIYSF and that’s when we were introduced a charity organisation called YoSA. We had interviews with Doctor Chibanda. I never imagined being the one to chosen but amongst the rest I had proved to be the most deserving student. I wasn’t so highly confident and open at first, it being my first time in the United Kingdom, the worst of my fears was to end up being alienated since every face was basically new to me but what I least expected came.

The programme facilitators promoted such a healthy, fun, friendly environment and I found myself making so many friends in such a short space of time, there was no wall, barricade or grouping in any terms but different people wanted to know more about my culture, my people’s traditions, my visions in as much as I also wanted to know about their way of living and get first-hand insight on the back-borne or building blocks of their diversified cultures all around the world. The overall result was a group of very excited students in a very interactive setup and this mixture made a very interesting and fun learning process that gave me an open mind to this socially-engaging method of learning. I liked it!

LIYSF granted us so many educational tours round London and many other different cities aiming at opening another dimension by providing us with a practical hands-on experience with some of the world’s top-notch, well accredited research centres and state of the art laboratories located in the city, I even set foot in the infamous Oxford university as well as Cambridge University greatly appreciating the complexity of their functional units and wide list of learning areas. 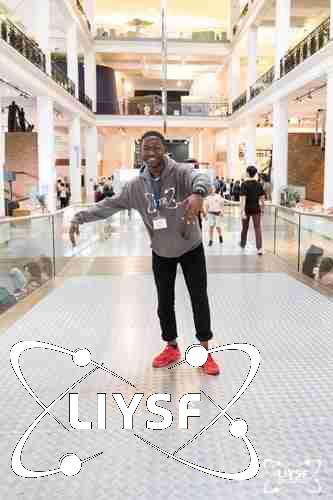 I attended lectures and demonstrations by leading scientists from around the world and their prime content was on how it is imperative to use science to change the world, improve the world heath situation and bloom development. The best thing about the lectures is that we also had specialised lectures and we had a wide range of choices.

In-line with this vision I have dedicated to invest the knowledge imparted in me at this forum to develop innovative scientific ideas and also to educate and improve the lives of people home here in Africa.

I have already done a presentation at school about LIYSF and YoSA.

So did I learn anything?

Well, I can safely say it was one those times when your view of life gets a total twist and having been shown what is up for grabs or on offer in the rest of the world at large, I definitely now have something to fight for. LIYSF is arguably the best Forum in and out the whole world. LIYSF is different from other forums in the sense that it’s not about competition but it’s all about students from different countries coming together to share ideas and in that way I got to learn a lot. Coming to London was a dream which turned into reality and attending LIYSF was a lifetime opportunity.