Hello! I am Hasitha, from Sri Lanka. I was awarded the privilege of attending the 60th Anniversary of LIYSF in 2018 after winning a sponsorship prize from Hamad Bin Khalifa University at the 10th National Scientific Research Competition in Qatar. When I was first told that I would be attending LIYSF, I had no idea what to think of it; I had never travelled to London before or heard of what LIYSF was. What I didn’t know at the time, was that this was soon to change!

Over the course of the two weeks, those five letters have come to mean many things and I am unlikely to ever forget hearing them. At LIYSF, I met people from 24 different nationalities, 14 of which I have never met before. Despite having studied in an international school, I believe that LIYSF truly puts the ‘I’ in International! 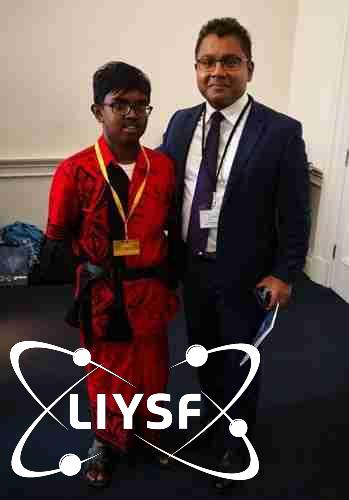 My favourite moment of Forum were the Visit to Imperial College, Department of Materials: Biomaterials in Regenerative Medicine. Witnessing the determination and sheer will-power of the Imperial College researchers motivated and inspired me, to pursue studies into research-based science and go beyond the limits; because in doing so I would not only be doing a favour for my career, I would be doing an even bigger favour for the world and for humanity! Another highlight of LIYSF for me was the International Cabaret. Watching every manner of performances, from a Japanese story-telling technique to the song ‘Let It Go’ sung in 25 different languages, has let me appreciate the rich diversity of cultures around the world, but more so; it made me realise that no matter what great heights we may reach alone, when we put all our minds together, we can reach hundreds more!

LIYSF opened my eyes to the full extent of science; the lectures and sessions I took part in, helped me to recognise what it really means to be a scientist. A true scientist doesn’t just strive to venture beyond the boundaries of modern understanding, they try to use that knowledge to help those less-fortunate than themselves and to train the next generation of ground-breaking researchers. In that regard, LIYSF has helped me envision my future place in this complex society and I am eternally thankful to all those who helped me get there, especially Hamad Bin Khalifa University in Qatar. 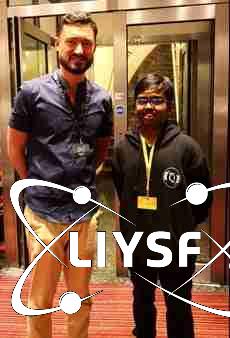 As featured by this year’s theme ‘Science for the Future,’ LIYSF is a gateway to the future for young scientists and my advice to the future participants of the Forum is:

“Take pride in this opportunity you have be granted to make a difference and use what you learn from these two amazing weeks to be the change you wish to see in this world!”