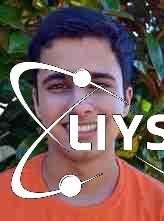 Nicholas Kondal attended LIYSF 2016 representing New Zealand and had the following to say about his experience.

Before LIYSF, I had only ever heard about science and technology careers available in NZ, many of which attracted little attention. So I was left wondering what was out there for me? What was my true passion? LIYSF gave these two questions some very wholehearted answers. Through all the lectures I attended, each one taught me about a field of science previously unknown to me. From curing aging to harnessing fusion energy, the areas of science and technology that now revealed themselves to me were mind-blowing. I discovered exactly to what extent scientific and technological progress was being made in the world today. And from this I found where my true passions lied. After seeing all the available paths in science and technology, my own journey through this world is much clearer. LIYSF has shown me my future and after the forum, I am equipped with even more knowledge and a much better understanding of how I can pursue my passions.

Attending LIYSF has confirmed my decision to pursue a career in science. The forum itself has exposed me to all the positive repercussions science and technology can have in all areas of society, and my goal now is to make a significant contribution to our world and perhaps beyond, using the power of scientific thought. I am hoping to work in the fields of renewable energies or particle and theoretical physics, after watching an inspiring on fusion energy, visiting a fusion energy reactor and attending CERN, the largest international science experiment in the world.

LIYSF brought together nearly 500 of the brightest young scientists of my generation. It was truly an honour to be in the presence of these wonderful people and some of them have become lifelong companions. Having intense philosophical discussions, learning new dances and games from across the planet and listening to each person’s unique story while sharing my own, these were just some of the things I did during my time at LIYSF. The lectures were enlightening, phenomenal and eye-opening but the social aspect of LIYSF is where I grew as a person the most. Spending 3 weeks with individuals with similar passions, interests and desires as me was a precursor for long-lasting relationships. LIYSF was a transformational experience and I will never forget the awesome people I met there. 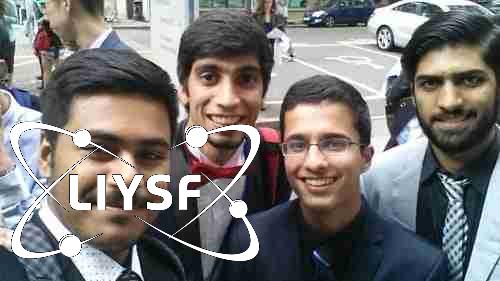 As a student in NZ, I am aware that we are situated in a tiny corner of the world. Global events seem to have little effect on us and incite modest discussion among students. After attending LIYSF, I believe that is essential for students to have these opportunities to go overseas and to attain a multinational perspective on today’s world. As an ever-growing global society, our generation and those after us need to know what it means to be global citizens and not just students from one small country. These opportunities allow students to go beyond what is taught in school and open up new areas of potential interest and future career paths. The connections made through these opportunities are invaluable and the knowledge gained crucial for all aspects of a student’s career.

Attending LIYSF has taught me 3 key things. Firstly, I have understood the value of friendships. After meeting, greeting and talking to hundreds of like-minded students, there were some that were especially memorable. Those people were the ones that I will now remain friends with for a very long time. And I am glad that I know such people, ones who I can talk to about anything and everything whenever I need to. It’s these kinds of friendships that I will cherish for many years to come. Secondly, it is the ground-breaking research being conducted by Nobel laureates, distinguished professors and accomplished scientists across the UK. The wide range of lectures and seminars served to enlighten me on subjects I had no knowledge on and the progress being made in these fields. This helped me to find new areas of interest and potential career paths into new and emerging fields of science. Lastly, LIYSF has taught me the power of international collaboration. Scientific and technological breakthroughs are seldom the result of the efforts of one individual. Every new piece of technology I saw and every world-changing discovery I learnt about had the hands of many scientists behind it and their unrelenting effort to bring their research into the light of the public. It takes hundreds, sometimes thousands of people to achieve something great and it is through the hard work of these people that progress is made. LIYSF has shown me that the traditional view of a scientist in a lab coat working in a laboratory does not represent the scientific world of today but rather, that laboratory would be filled with several other people, helping each other achieve the same goal. Collaborating with one another, sharing information and exchanging ideas is the best way to do science and as a LIYSF alumnus, I will always remember this and share the importance of working together with my fellow peers and future young scientists.