I wouldn’t have thought the year 2017 would open such an amazing, once in a lifetime opportunity for me. I first heard of LIYSF in class with my advisor. I remembered being there listening to his presentation as he showed us videos of last year’s LIYSF and I was amazed. The bond LIYSF created within 67 different countries is just amazing. That’s where my journey began. 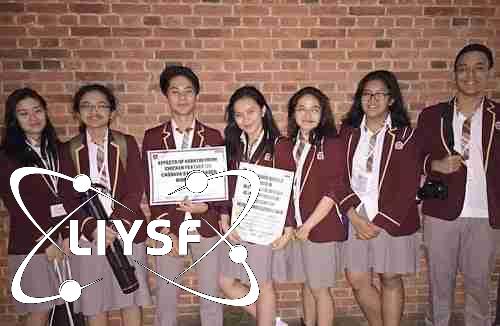 On January 2017, applications for LIYSF opened. With a hint of hesitation due to my lack of confidence, I encouraged myself to fill in the form for LIYSF 2017. At first I was nervous because all I had was an interest in science and I’m scared the people joining were so much better than me and could be a more compatible delegate to represent our school abroad. Aside from all that, I went into screening and surprisingly I got accepted to be a member of the group. With all joy, I was excited to start on this amazing journey ahead.

To prepare for LIYSF, we as a group of seven, met for the first meeting to discuss researches that is possible for us as high school students to accomplish in such a tight schedule. All the meetings we had were outside school hours and fast forward we had our decision. Our big group is divided into two groups of three and four. One group conducted a research on bioplastic and the other on herbal remedy for diabetes. I was actually in the second group. As a group we did early researches of past papers on this topic and search for ways to conduct this research in a simple way. After months of research, we were ready to conduct the actual experiment.

Our research is titled “determining suitable dosage of red betel leaf (piper ornatum) extract on alloxan induced male rats (rattus norvegicus)”. Throughout the experiment process we’ve encountered countless challenges which tested us to our maximum capabilities. Yes, it wasn’t an easy process but in the end it was worth it. Then in a blink of an eye it was time to leave. I was very excited yet nervous going on this journey but I knew it will all be okay in the end.

As we arrived in London I wasn’t expecting the people there would be so friendly and kind. At the opening ceremony, LIYSF director, Richard Myhill, as well as the president, Richard O’Kennedy, and his colleagues welcomed us and officially started the Forum with a ceremony of flags from 67 different countries. It was such an incredible moment watching all 67 different nations in one room connected through one thing, science.

“All the lectures were wonderful and the speakers were so inspirational”

Throughout the days in London, I didn’t just get to attend lectures but I also connected and made friends with people I didn’t know islands existed. There was also a science bazaar, which showcased different researches of people from different continents. We represented BINUS for this event with both groups presenting our own experiment. We were also one of the youngest candidates to present a scientific research in the science bazaar. It made me feel like I was on a roller coaster ride. Presenting and explaining to different people millions of times was exhausting but was one of the nights in London I will never forget. It has taught me to be confident and to be able to present myself in a crowd of different types of people. Even though we didn’t manage to go to the top 10, we were still proud of ourselves we went through the event smoothly and lots of people were complimenting our research as red betel leaves are rare in most countries aside from Indonesia. 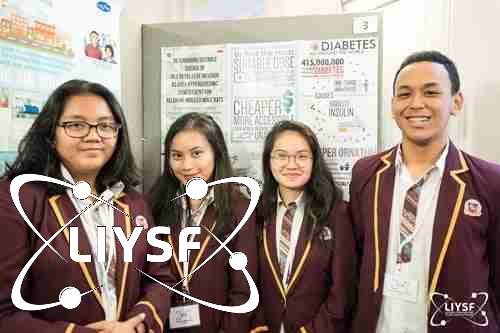 We didn’t just go to lectures and do things science related, we also had time to explore the city of London not only with friends coming from Indonesia but also with friends we met there. Some of those friends are still in contact with me till this moment and I think it is such an amazing pathway to get involved with the outside world. LIYSF has opened so many amazing opportunities for me and I was glad I got the chance to attend this forum. Though the name clearly stated science, it wasn’t all about science. It was also about culture and engaging with other people. I’ve learnt that by creating bonds with different people I thought I would never meet, is such a blessing plus having the same interest with me in science is just amazing.

As a closure, I would like to thank BINUS for trusting me to be one of seven people to represent our school and our country in the 59TH London International Youth Science Forum. I would never trade this for anything. Again, thank you.