When I first opened the email advising my selection for this forum, I was ecstatic. This would be the time of my life, I thought to myself. In reality, the forum was everything that I expected it to be yet nothing like how I imagined it. This is the overarching paradox that I will explore throughout this reflection.

During our two weeks in London, it was advertised that we would hear a broad range of lectures from high profile eminent scientists from across the world. This is what I expected and this was absolutely what we received. Yet, I was still surprised by the diversity of the lectures, with topics spanning the discovery of Richard III’s remains to the business model of Virgin Galactic. Moreover, I was surprised by my reactions to each lecture. In my mind, I thought I had a firm idea of the topics I would enjoy – physics, chemistry and biology – perhaps the result of being exposed to these areas of science in school. This proved to be completely true with Dr Rolf Landua’s lecture on ‘CERN: The Higgs Boson – and Beyond’ captivating me through its revelation on the extent to which humans have discovered the world around us, making me proud to be a part of the human race. 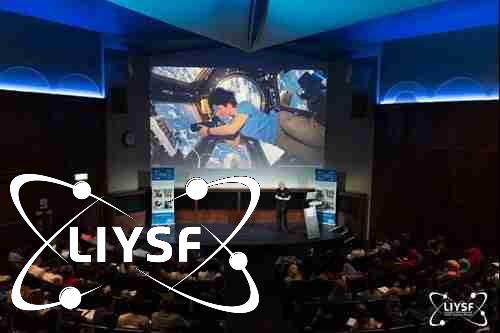 My attention was similarly caught by Professor Sir Colin Blakemore’s presentation ‘Vision Impossible’ where he used the results of live experiments to draw conclusions on the intricacies of vision. These plenary lectures were complemented by specialist lectures where we could choose to attend lectures on a topic of interest. Mine were primarily physics-based as I have always held a particular interest in particle physics but never had the opportunity to delve into the topic until now. One lecturer, Dr Hannah Price, seamlessly ran us through the derivation of Pauli’s exclusion principle which underpins quantum phenomena. By understanding the theory behind exotic phases of matter, such as superconductors and superfluids, I was able to comprehend the great potential for these advanced materials to revolutionise the way we live – stay tuned!

While I didn’t picture myself loving the plenary lecture ‘CSI Richard III: Wounds and Weapons’, I found Professor Sarah Hainsworth’s account hugely interesting. She discussed how they excavated Richard III’s remains from a carpark, identified him from both morphology and genealogy, and tried to deduce how he was killed by observing damage to his skeleton.

On a completely different topic, Dr Jason Nurse’s lecture on ‘Cybersecurity: It’s So Much More Than Just 1’s and 0’s!’ probably had to be my overall favourite. He gave plenty of examples of contemporary threats relevant to us all and introduced ethical issues surrounding artificial intelligence and the internet-of-things that I had never thought about. These interests pleasantly surprised me but at the same time, saddened me as they opened up another field that I would love to pursue. These lectures did, however, introduce me to many new areas of science which were previously unknown to me. While this may not influence my own pathway, it will improve the career advice I provide to younger students at my school and their parents in my capacity as an academic mentor and Deputy Head Boy.

In addition to lectures, we had the privilege of visiting prestigious scientific institutions across London and the United Kingdom. Although we were hosted by Imperial College for the two-week programme, I elected to visit their very own Life Sciences department as I thought it would complement my work in the Biology Olympiad programme well. What surprised me most was that their labs and lecture theatres were almost identical to those in New Zealand universities – modern, clean and well-lit. A similar story held true at the University of Leicester. However, this modernity was turned upside down when we visited Oxford and Cambridge, both traditional Universities established many centuries before Imperial. The idea of belonging to a college within the University was an appealing one to me, given that I highly value a sense of community. Their culture of being proud to be a ‘nerd’ was everything I expected it to be but truly special to experience in real life. An aspect of the academic culture I was particularly impressed by was the collaboration between universities across the world and especially within the European Union. Given that these two universities are ranked fifth and sixth in the world, I can see why so many other Universities are eager to collaborate with them! These visits reinforced my opinion that top universities are so worthwhile due to the students they attract, their extensive connections with other Universities and positive student culture. 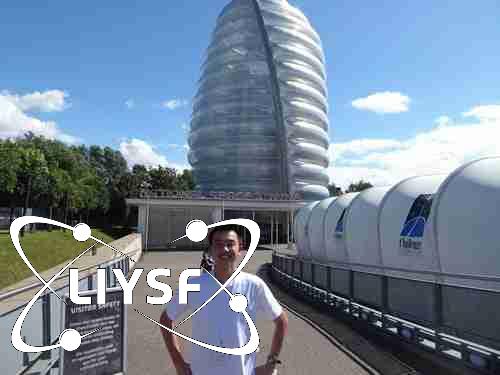 Continuing the theme of collaboration, the melting pot of people I met from all across the world were what made this Forum truly special. With 475 participants from 67 different countries, I was exposed to a diverse range of cultures, ideas, languages and perspectives. What I personally found most heartening was how everyone was friendly, approachable and eager to meet new people and discover foreign cultures. I would attribute this to the nature of the Forum where there were no pre-existing groups, encouraging people to mix with others and naturally get along well, bonded by the mutual love for science. I enjoyed making friends from the United Kingdom, India, Pakistan, China, Switzerland, Sweden, South Korea, Japan, Australia, United States, Canada, Luxembourg, Guernsey, Malta and the list goes on.

It was particularly interesting to discover what drove each student – I was touched at times when some students reveal their motivations as being a family tragedy. While a few tearful goodbyes were expected, we were all safe in the knowledge that we could stay well-connected in this information age. With such geographic spread across the world, I’m confident that this network will prove useful someday. In particular, I found it empowering to meet other New Zealanders who were similarly passionate and driven – it makes me feel secure in the future of New Zealand, having met their leaders of tomorrow.

Throughout this experience, I have not only learnt a lot about science but have also discovered equally important insights into myself as a person. With this two-week Forum and weeklong CERN extension, this was the longest I have been away from home by far and definitely the furthest geographically. While I did occasionally think of home, I didn’t feel homesick throughout the entire three weeks, which has given me confidence that I am mature and independent enough to handle University life. Given that I used to get really homesick on school camps when I was younger, this insight has brought great optimism to my outlook on the future. It has also reaffirmed my sense of adventure to explore the world, to learn everything I can and make the most out of every situation. 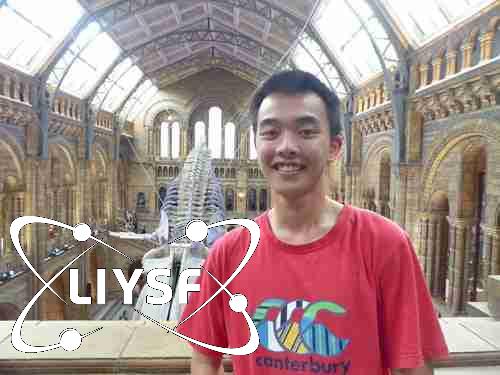 With plenty of spare time to explore London, I would begin the day at 6am on most mornings, exploring the sights between lectures until late at night. Furthermore, the Forum reinforced my sense of identity as a New Zealander as the need for constant introductions reminded me of all the great things our country is known for. Performing two poignant waiatas at the International Cabaret Evening, I felt immensely proud to be part of such a beautiful and accepting culture. The way the New Zealanders just moulded together helped me appreciate our easy-going nature while our eagerness to get up early and explore exemplified our adventurous spirit.

It goes without saying that this experience reaffirmed my intentions to pursue science as part of my career. With a love of mathematics underpinning my passion for science and business, this forum proved tangibly to me just how this could be done. Jonathan Firth, Executive Vice President of Spaceport and Program Development, emphasised in his plenary lecture that to bring science to the people, it needs to be commercially viable. Hence, a sound business model must be behind every application of science. Given my broad passions, I plan to keep the scope of my university studies broad too, intending to study a conjoint Bachelor of Science and Bachelor of Commerce degree and taking an interdisciplinary approach. With the brain drain of students overseas, the way the trip has reinforced my sense of identity as a New Zealander has convinced me to stay in the country that has given me such opportunities in the first place. Although I certainly want to pursue an area where I can have maximal impact on New Zealand and with mathematics being the focus of my study, this forum has motivated me to actively seek out my ‘niche’. Regardless, I believe the theme of this year’s forum of ‘Making Life Better’ perfectly encapsulates what science means to me and is something I will keep at the top of my mind going forward.

So, in a way, my background in science set me up to enjoy the trip and release my inner ‘nerd’. I expected to have the time of my life and I did have the time of my life. Yet, the experiences of meeting new people, learning about interesting science, and discovering my newly-crowded favourite city in the world were so profound that words can’t do it justice. For this, I am truly grateful to LIYSF.