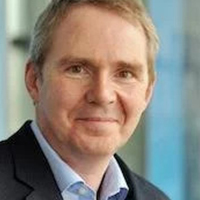 Professor Sir Nigel Shadbolt is Principal and Professorial Research Fellow in Computer Science at the University of Oxford. He is the chairman of the Open Data Institute which he co-founded with Sir Tim Berners-Lee and is a visiting professor at the University of Southampton.

Nigel is Chairman and Co-founder of the Open Data Institute (ODI), based in Shoreditch, London. The ODI specialised in the exploitation of Open Data supporting innovation, training and research in both the UK and internationally. He is the founder and Chief Technology Officer of ID protection company Garlik Ltd. In 2008 Garlik was awarded Technology Pioneer status by the Davos World Economic Forum and won the UK national BT Flagship IT Award. In December 2011 Garlik was acquired by Experian Ltd.