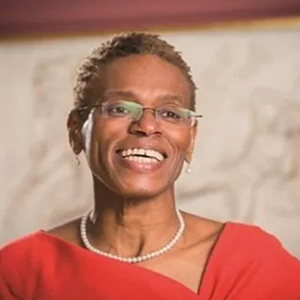 Professor Uchegbu is a Professor of Pharmaceutical Nanoscience at University College London (UCL). She is also UCL’s Pro-Vice Provost for Africa and The Middle East, the Provosts’ Envoy for Race Equality and Chief Scientific Officer of Nanomerics Ltd, specialising in drug delivery solutions for poorly water-soluble drugs, peptides and nucleic acids.

Her research group looks to exploit fundamental physical chemistry principles to fabricate functional pharmaceutical nanoparticles – nanomedicines. Her work covers runs from mollecular design of functional pharmaceutical excipients to the dosage form’s in vivo characteristics, including designs and synthesises polymers which assemble tailored nanoparticles with predictable,size, morphology, drug loading and drug transport properties. Her group has successfully designed pharmaceutical nanosystems which deliver: genes and siRNA to tumours, nanoparticles to facilitate the oral absorption of hydrophobic drugs and peptides to the brain via the nasal,oral and intravenous routes.

She ss also involved in equality and diversity activities and programmes, acting as the UCL Provost’s Envoy for Race Equality and featuring as the only Black British Role Model for the Women’s Engineering Society. She also serves on the UCL Race Equality Charter self-assessment team. She is part of the Black Female Professors Forum, representing 1 of the 55 female professors of colour and 1 of the 25 Black female professors in the UK in 2017.

She has authored over 120 peer reviewed journal articles and book chapters, is the editor of three books and is a named inventor on 11 grants. Ijeoma’s research has been featured in The Guardian and on BBC Woman’s Hour. Nanomerics Ltd is a UCL spin-out company, which was founded by Ijeoma and Andreas G. Schätzlein. Nanomerics recently licensed NM133 to Iacta Pharmaceuticals. Nanomerics also recently won first prize for its Molecular Envelope Technology at the Royal Society of Chemistry’s Emerging Technologies Competition 2017 in the Health category.