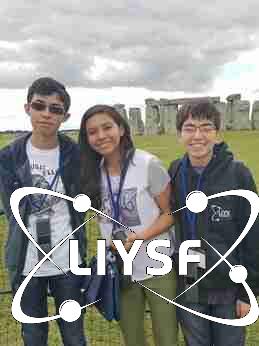 My name is Edmundo Balderas, I am from Mexico, and I can say that attending LIYSF has been the best experience that I have had in all my life, I can describe LIYSF just in one word and this word is “Amazing”.

I attended this science forum because my friends and I won a science fair with our project “Biodegradable plastic from banana peels”. When I arrived at the UK I was nervous because it was the first time that I was practicing my English outside of my country, but most of the people were friendly and that made me feel more confident. I can say that the best way to improve in a language is to speak and not be afraid of making mistakes.

At the beginning, most of the students looked tired because of the trip and the jetlag. I am a little bit shy, which is why it was difficult for me to start a conversation with other students, but you can start a new friendship just saying “Hello”, I can say that most of the people in the forum were cool because they have something in common, they loved science. I shared my knowledges, customs and traditions, also I learned these things from other people, one example is how I learned some traditions about Japan from a friend named Shu. 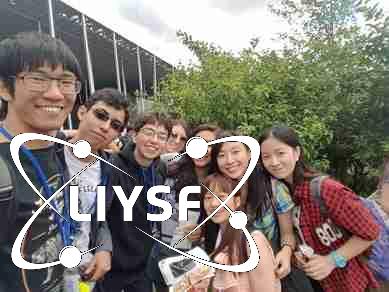 My favourite optional visit was to go to Stonehenge. It was good to see this place and to learn the story about it, but my favourite moment was at the science museum. I loved most of the things that were in this place. This museum taught me a lot in an interactive form, it is a place to spend a whole day.

I learned a lot at LIYSF, it helped me to expand my point of view of the world and how it works. I liked a lot the lectures and they helped me to decide that the major I wanted to study was medicine being focused on research. The forum opened a lot of doors to me, LIYSF has taken a place on my resume and because of that, I received a research scholarship in my university.

I suggest the new students in LIYSF to bring a gift of your country to the new friends that you are going to make. Also, I suggest saving a little part of the day to send a message to their families, that is going to make you feel better, and if you are introvert you can take a little part of the night to read or just do something that relaxes you. In my case, I was always carrying a Rubik´s cube. In consequence of that and my project I was known as the Rubik´s guy or one of the banana guys!