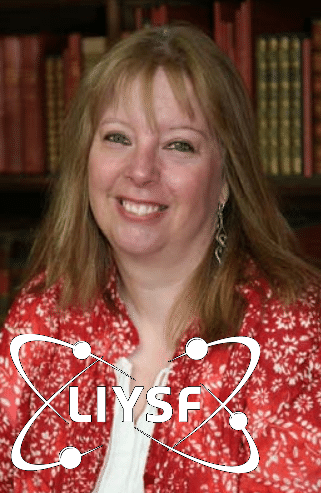 Professor Gibson obtained a Special Honours BSc in Physics at the University of Sheffield as well as DPhil in Experimental Particle Physics, from The Queen’s College, Oxford.  She has served as a Fellow in the Experimental Physics Division at CERN.

Her research is focused on the search for new phenomena using particles containing heavy (bottom and charm) quarks.  A great number of such quarks are produced at the Large Hadron Collider and are detected by the LHCb experiment.  She has served as the UK Spokesperson and PI for LHCb, representing 8 major institutes, and had to be responsible for the delivery of the UK’s contributions to the experiment. She is currently the Chair of the LHCb Collaboration Board. She is also a core member of the Atom Interferometer Observatory and Network (AION) project. AION facilitates searches for ultra-light dark matter and new fundamental interactions, and provide a pathway to detecting gravitational waves from astrophysical sources in the mid-frequency band.

Professor Gibson is passionate about science communication and champion for women in science. She led the efforts that awarded the first gold Athena SWAN award to the Cavendish Laboratory at the University of Cambridge. She won the WISE Campaign Leader Award and a Royal Society Athena Prize. She is a patron of the Gravity Fields Festival and is currently the University of Cambridge’s Gender Equality Champion.

As parents, it is in our best interest to nurture the innate curiosity of our children. Children are born learners, they are keen and observant of everything happening around them, and they constantly ask questions. They like to draw, build, and then destroy, and experiment with new things. We have to use every opportunity at hand to interact with children and help them learn and grow. Children a...

What Is STEM Education?

What does STEM mean? STEM education, at its core, simply means educating students in four specific disciplines, namely, Science, Technology, Engineering, and Mathematics (collectively shortened as STEM). Instead of training students in any one of these domains, STEM combines all four in an interdisciplinary and applied approach, so as to better equip students to have a career and considering real...

The LIYSF Science Bazaar provides an opportunity for participants to present their own research projects and engage in scientific discussions with a community of global young scientists.In 2019, 145 LIYSF participants filled the rooms of the Royal Geographical Society with their inspiring research, vibrant discussions and palatable energy. Passion and curiosity for science were undoubtedly the...