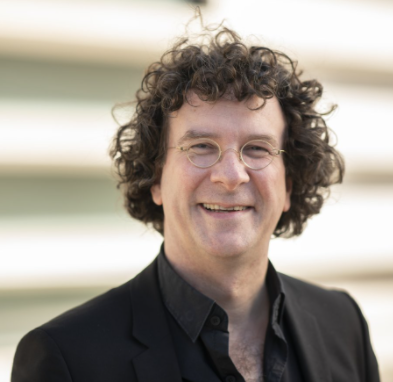 Professor Peter-Paul Verbeek will give the Keynote Closing Lecture at LIYSF 2022, he is the Distinguished Professor of Philosophy of Technology at the Department of Philosophy of the University of Twente, The Netherlands. He is also a scientific co-director of the DesignLab of the University of Twente. Professor Verbeek is a member of the Royal Netherlands Academy for Arts and Sciences KNAW and an honorary professor of Techno-Anthropology at Aalborg University, Denmark. He is currently one of the six Principal Investigators of a 10-year research programme on the Ethics of Socially Disruptive Technologies.

His work has received several awards, including an NWO-VENI award, VICI Award, VIDI award, the Borghgraef Prize in Biomedical Ethics (Leuven University), the World Technology Award in Ethics (World Technology Network, New York). In 2014 he received a personal ‘vici’ award from the Dutch Research Council to develop a theory of technological mediation, aiming to theorize how technologies play a mediating role in scientific practices, ethical frameworks, and religion, and how this mediating role of technologies can be included in design practices. Earlier he received a ‘vidi’ award, for studying human enhancement technologies and the blurring boundaries between humans and technologies, and a ‘Veni’ award, for studying the moral significance of technology, and its implications for design.

Peter-Paul Verbeek is the author of Moralizing Technology: Understanding and Designing the Morality of Things (University of Chicago Press, 2011), in which he analyzes the moral significance of technologies, and its implications for ethical theory and for design practices. He also published What Things Do: Philosophical Reflections on Technology, Agency, and Design (Penn State University Press, 2005), which investigates how technologies mediate human actions and experiences, with applications to industrial design. He is co-editor of the volumes Postphenomenological Investigations: Essays on Human-Technology Relations (Lexington 2015, with Robert Rosenberger), The Moral Status of Technical Artefacts (Springer 2014, with Peter Kroes), and User Behavior and Technology Design – Shaping Sustainable Relations Between Consumers and Technologies (Springer 2006, with Adriaan Slob).