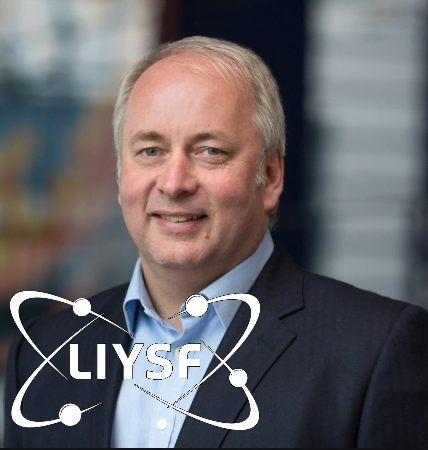 Professor Nick Jennings CB is the Vice-Provost for Research and Enterprise and Professor of Artificial Intelligence at Imperial College London. He is recognised internationally as an authority on autonomous systems, AI, agent-based computing and cyber-security. He is a member of the UK government’s AI Council, the Royal Academy of Engineering’s Policy Committee, the governing body of the Engineering and Physical Sciences Research Council  and the Monaco Digital Advisory Council.

Professor Jennings obtained his undergraduate degree in computer science from the University of Exeter and his PhD from Queen Mary University, London. He became the UK’s first Regius Professor of Computer Science at the University of Southampton (a post bestowed by the Queen for exceptionally high quality research) and was the UK Government’s first Chief Scientific Advisor for National Security.

Through his research he has published 650 articles (with 370 co-authors), attracted £32M grant money and graduated 49 PhD students (including two winners and one runner-up of the BCS/CPHC Distinguished Dissertation Award). He is one of the world’s most cited computer scientists, with an h-index of 123 and 80,000 citations.

He was made a Companion of the Order of the Bath (CB) in the Queen’s New Year Honours List in 2016. He has received numerous awards, including; International Foundation for Autonomous Agents and Multi-Agent Systems Influential Paper Award, Computers and Thought Award , IEE Achievement Medal for contributions to agent-based computing and the ACM Autonomous Agents Research Award. He was founding director of the International Foundation for Autonomous Agents and Multi-Agent Systems and the founding Editor-in-Chief of the International Journal of Autonomous Agents and Multi-Agent Systems. He is a Fellow of the Royal Academy of Engineering, the British Computer Society, the Association for the Advancement of Artificial Intelligence (AAAI), the Institute of Electrical and Electronic Engineers, the Society for the Study of Artificial Intelligence and Simulation of Behaviour (AISB) and the European Artificial Intelligence Association and a member of Academia Europaea.

His research looks to developing AI systems for large-scale, open and dynamic environments. He is also involved with a number of start-ups including Darktrace, Aerogility, Contact Engine, Crossword Cybersecurity and Reliance Cyber Systems.