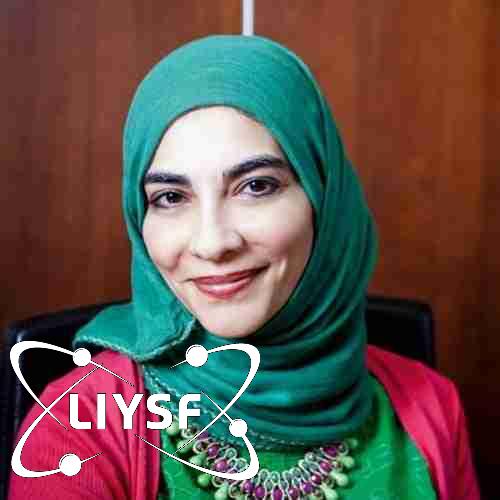 Professor Hayat Sindi is one of the world’s leading bio technologists, and a champion of Science and Technology in the Middle East. She is also the Founder and President of the Institute for Imagination and Ingenuity (i2institute) in Jeddah, Saudi Arabia, which runs a fellowship programme for young engineers, inventors and entrepreneurs from the Middle East.

Along with a team at Harvard University, she co-founded ‘Diagnostics for All (DFA)’, a non-profit organisation of which she is also currently the director, that fuses biotechnology and micro fluidics to create low-cost, easy-to-use, point-of-care diagnostic devices designed for the 60% of the developing world that lives out of reach of proper medical infrastructures. These devices require no electricity, water or trained doctors and have the capacity to provide potentially life-saving medical results within a span of a few minutes.

Prof. Sindi also founded the company Synoptix, which developed, with the help of seed funding from the Saudi government, a diagnostic tool used for the early detection of breast cancer. She invented a machine combining the effects of light and ultra-sound for use in biotechnology, and also developed a low-cost and portable MRI scanner for use in emerging markets.

Professor Sindi was born in Makkah, Saudi Arabia and as a child, was greatly inspired to bring lasting change into this world. This desire of hers helped her convince her family to allow her to leave her home in 1991, a rare permission for a teenage Saudi girl, and travel alone to England for her higher studies. She then went on to graduate in Pharmacology from Kings College London.

Prof. Sindi was the first Saudi woman to obtain a PhD in Biotechnology from the University of Cambridge, and study further in prestigious institutes such as the Massachusetts Institute of Technology (MIT) and Harvard in the United States. She is one of the first female members of the Consultative Assembly of Saudi Arabi, the Shura Council and is also a member of the United Nations (UN) Scientific Advisory Board.

In 2013, she became the first Saudi, and the first female scientist, to be elected as a UNESCO Goodwill Ambassador for sciences. She has been a PopTech fellow in both Science and Social Innovation, advancing her longstanding goal to more closely link science and social impact. Moreover, she has been a visiting Professor at Harvard University and has presented her work in the House of Commons.

Professor Sindi has a truly international repute and is passionate about raising the awareness of the sciences, particularly in Saudi Arabia and the Middle East. She won the “Mekkah Al Mukaram” Prize for scientific innovation in 2010, awarded by HRH Prince Khalid Al-Faisal. Professor Sindi was named one of Newsweek‘s “150 Women Who Shake the World” in 2012, and by Arabian Business as the nineteenth most influential Arab and ninth most influential Arab woman, in the same year. In 2018, she was listed as BBC’s 100 Women. She has received several other recognitions, which are listed here:

Professor Hayat Sindi has a strong determination to tackle challenging issues and this is reflected in her own academic journey. Despite coming from humble means, having never travelled outside Saudi Arabia or speaking any English, she moved to England with the desire to attend University. She learned English by watching BBC news and studied daily, sometimes up to twenty hours a day for University entrance exams. Against such improbable odds, Hayat became the first Saudi woman to be accepted at Cambridge University in the male dominated field of biotechnology.

Professor Sindi is famously quoted to say that, “when people tell [her] things are impossible, it just gives [her] energy”. When Prof. Sindi decided to enter for her paper-based diagnostic innovation into the $100,000 Annual Entrepreneurship Competition sponsored by MIT, she was told it could never win as a non-profit organisation. Many advised her to gain investors and submit a for-profit plan with proven earnings.

She knew this could take 10-15 years, which was far too long for her and those that need medical care to wait. So, she decided to continue to push her plan forward and succeeded in becoming the first non-profit enterprise ever to win the prestigious international contest. Her team also won the Harvard Enterprise Competition—the first group ever to win both prizes in the same year.

Professor Sindi’s passion was to develop an entrepreneurial ecosystem in the Middle East that would transcend existing gaps between education and opportunity. Her irrepressible passion and achievements have made her a role model for women in the Middle East and around the world. She also hopes to create an ecosystem of entrepreneurship and social innovation and empower and inspire the next generation of innovators through her i2institute so that they can discover and fulfil their potential and ultimately contribute to themselves as well as Saudi Arabia’s growing economy.

Prof. Sindi lectures and appears on talk shows regularly and even bicycled across the Middle East with hundreds of professional women to highlight the plight of women and children. She wants to encourage young students to have a combination of passion, creativity and determination. She is always on the lookout for young innovators who aspire to change the world and work in the fields of energy, health, water and environment.