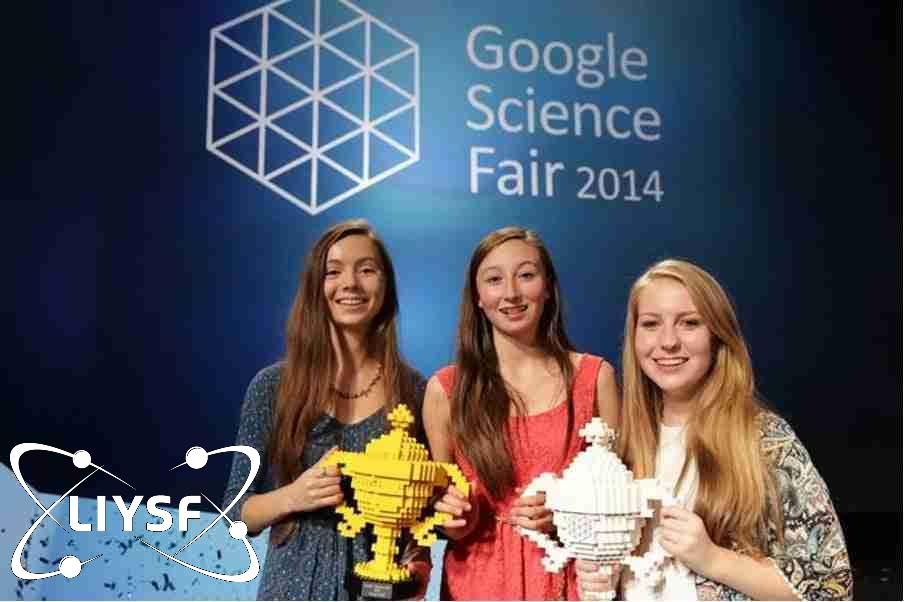 Reflecting On Women in STEM – Part Three: Reflecting Back, but Looking Forward 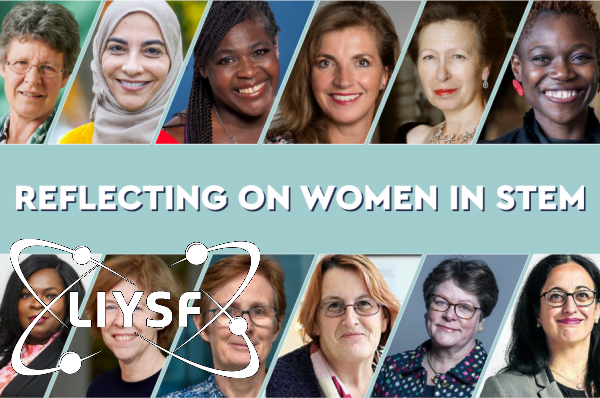 This three-part blog series aimed to explore, highlight, and celebrate women in the field of Science, Technology, Engineering and Mathematics (STEM).

As the final blog for this series, it provides a glimpse of what a future driven by women looks like and celebrates the up-and-coming women who are making strides in the world of STEM.

Every year, the British Broadcasting Cooperation (BBC) reveals its list of their top 100 most inspiring and influential women from around the world.

The theme that inspired the selection of the top 100 women for 2020 is, “women who led change.” This blog celebrates fives of these women, who are considered leaders within the STEM industry.

“During 2020, I did three things more: speak my mind, do what I fear and forgive myself. I also did three things less: care what others think of me, blame myself and believe I’m less than others.”

Dr Nisreen Alwan is an Associate Professor in Public Health at the University of Southampton and an Honorary Consultant in Public Health at the University Hospital Southampton NHS Foundation Trust. Her area of expertise is in maternal and child health, with a specific interest in optimising the women’s wellbeing before and during pregnancy to ensure longer-term health for mother and child.

Dr Alwan was recognised as one of the BBC’s top 100 women in 2020 for her significant contributions during the COVID-19 pandemic, where she encouraged countries to measure and address mortality and longer-term health issues arising from the virus (including long-COVID). Long COVID is when people report ongoing symptoms and morbidity as a result of the COVID- 19 infection such as headache, fatigue and shortness of breath.

Dr Alwan was also awarded an MBE for services to Medicine and Public Health in the Queen’s New Year Honours list for 2021 for her contribution to the COVID-19 response.

“The world has changed a lot in 2020, and as we’re relearning what it means to be selfless, the importance of service, and the value of connection, we’re also being reminded that the world is not an equitable place for everyone. I would encourage women around the world to use the power they have to fight for justice, fight for freedom, and fight to ensure that we are all treated equally.”

Erica Baker, an engineer by profession and the current Chief Technology Officer for the Democratic Congressional Campaign Committee (DCCC), started her career at the age of 19 providing, technology support for the University of Alaska. She has since worked for several notable technical companies, such as Google, Slack, Kickstarter and Patreon, Microsoft and GitHub.

Erica is renowned for being an advocate for greater diversity, equity, and inclusion within technology. Her prominence grew in 2015 while working at Google after she created an internal spreadsheet for Google employees to share their salary data and understand the company’s pay disparities, which resulted in a call for equal pay. She has since been on several advisory boards, including taking the role of tech mentor for Black Girls Code (a non-profit organisation providing technology education for African-American girls).  Erica is also behind the #RealDiversityNumbers, a Twitter movement that collects the number of retentions, promotions and harassment lawsuits settled outside of court by various companies.

Erica also blogs about her experiences of being a black female engineer working in a male-dominated, primarily white industry in the hopes of encouraging others to share their similar stories or not feel alone in the world of STEM.

“Covid-19 has changed everyone’s life. However, it has not changed the prominence of female leadership. Those countering the virus at the frontline are predominantly women, and they do so with courage, strength and resilience.”

Leo Yee-Sin is a physician by profession and is the current Executive Director of the National Centre for Infectious Diseases in Singapore, responsible for handling outbreaks of communicable diseases.

The BBC recognised her as one of the world’s top 100 influential and inspiring women for 2020 after being at the forefront of Singapore’s response to COVID-19. Previous to that, she has managed the response during the Middle East Respiratory Syndrome (MERS), Influenza A virus subtype H7N9 (bird flu), dengue fever, Zika outbreak, Monkey Pox, Nipah, and the severe acute respiratory syndrome (SAR) outbreak. Dr Yee-Sin was also responsible for establishing the first HIV programme and patient clinic centre in Singapore.

Dr Yee-Sin has received several notable awards, including the most prestigious Public Service Star in recognition for her outstanding battle against SARS.

“We can be resilient enough to get through this year. It’s a time to concentrate on what really matters: health, education and good relationships with others.”

Professor Sarah Gilbert is a professor in Vaccinology at the University of Oxford and co-founder of Vaccitch (a biotechnology company that develops vaccines and immunotherapy for infectious diseases and cancer). Professor Gilbert has a distinguished career, having led the development of vaccines against influenza, the universal flu, malaria, and the first trial of the Ebola vaccine. However, she is more recently renowned for the co-development of the Oxford-AstraZeneca COVID-19 vaccine with the Oxford Vaccine Group. Professor Sarah Gilbert is the Keynote Speaker, opening this year’s 62ndLIYSF.

Her journey into science was not always straightforward, as Professor Gilbert shared in an interview with BBC how “I did consider leaving science at that point and doing something different. Some scientists will happily work more or less on their own on one subject for a very long time… That’s not the way I like to work. I like to try to take into account ideas from lots of different areas,”

However, her decision to remain in science and give it “one more go at a scientific career” has led to significant advancements in the areas of vaccinology and prevention against infectious diseases.

Aside from being recognised as one of the top 100 inspiring and influential women of our time, Professor Gilbert was awarded the Albert Medal to develop Oxford-AstraZeneca COVID-19 vaccine.

“The key to our future is what we are teaching our girls and boys today. We have to make sure every kid has the same access to education, and the tools to make their dream come true.”

Together, they worked to develop a low-cost ventilator to treat COVID-19 patients. This was in response to the growing number of COVID-19 cases in Faruqi ‘s hometown of Herat in Afghanistan and the limited number of ventilators available in the hospitals. The low-cost ventilator is run on battery power for 10 hours and costs roughly $700 (US) to produce, compared to the $20,000 (US) cost of a traditional ventilator. The prototype is still undergoing final testing but once passed, it will be available in hospitals across Afghanistan and design shared with the World Health Organisation.

Faruqi has several accolades, including a silver medal for Courageous Achievement at the FIRST Global Challenge, a Benefiting Humanity in AL award at World Summit AL, the Ivey-Duensing’s Permission to Dream Award at the Raw Science Film Festival, and the Entrepreneurship Challenge at Robotex in Estonia and Europe’s biggest robotics festival.

In this three-part blog series, we explored the importance of representation within STEM, and providing young people with opportunities, such as LIYSF, that will inspire and allow young people to learn from and interact with some of the world’s leading scientists and STEM leaders. Some of our LIYSF alumni, like our President, Professor Clare Elwell have been mentioned in the earlier parts of this series.

It is certainly an exciting time when our former LIYSF participants go onto pursue a STEM career and become inspiring leaders themselves.

Simran Mohnani was a LIYSF participant in the year 2013. She currently works as a Supply Chain and Network Operations Analyst at Deloitte and is regarded as an “inspirational woman leading the tech world.”

Mohnani recently broke the glass ceiling for women in technology after being awarded the TechWoman100 award in 2020 for her exceptional work as a leader in a male-dominated industry. She was also awarded the Deloitte Limelight Awards for her efforts in leading MAXINE (a 90+ strong external-facing community designed to expand the pipeline of females and other under-represented talent within technology) and well as the Salters’ Graduate Award recognising her to be one of the top five UK Chemical Engineers in 2019 for her academic achievements and for being a female role model championing for woman in STEM.

“My aim is to expand the typical image of our future technologists and to empower a united workforce that reflects the diversity of our world’s people – one where all voices have an equal seat at the table,” she told TechWomen100.

Émer Hickey, Ciara Judge and Sophie Healy-Thow were former participants at LIYSF in 2014. That same year, they went onto to win the first place prize at the Google Science Fair in 2014.

Their project examined the use of naturally occurring bacteria in soil (Rhizobium) to increase crop output, with the inspiration to improve food production, particularly in third world countries. Their project was among 20 global finalists, selected from thousands of submissions from more than 90 countries. They were previous winners in the 2013 BT Young Scientists & Technology Exhibition and had also taken first place in the EU Contest for Young Scientists.

Emer Hickey has worked each summer as part of the LIYSF student staff team, since 2015, and is the current Chief of Staff at LIYSF. Émer is now studying a PhD at the MRC Centre for Medical Mycology at University of Exeter.

Throughout this three-part series, we explored women’s STEM journey from the pioneering years of Marie Curie to our present day. Advocacy, representation, and mentorship help bridge the diversity gap and encourage a new generation of young female STEM leaders.

While this final blog for the series celebrates these inspirational women’s successes, many others are paving the way towards a more diverse STEM workforce and society.

It is important to remember that we still have a long way to achieve true equality and ensure intersectionality weaves through the science, technology, engineering, and mathematical fields.

This article was written by LIYSF staff writer, Minushika Punchihewa.