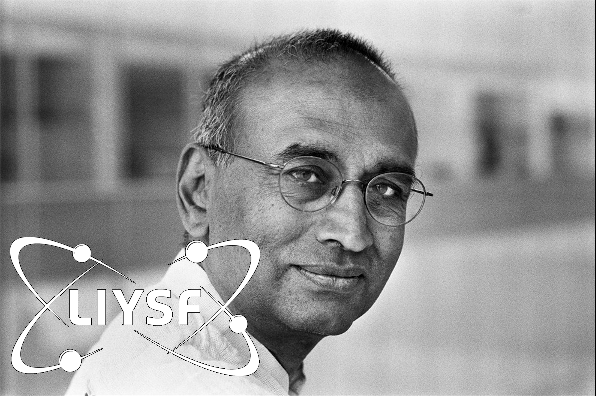 The London International Youth Science Forum (LIYSF) sits at the forefront of scientific research and discovery. This means participants are offered extensive opportunities to engage and learn from some of the world’s leading researchers and scientists.

This calibre of scientific excellence at LIYSF stems from the endorsement, support, and involvement of highly respected academics, such as Professor Clare Elwell, the current Honorary President of LIYSF (2018-present).

Each year, a Nobel Prize winner is invited to present at the official opening of LIYSF. Sir Venki Ramakrishnan, who was awarded the Nobel Prize for Chemistry in 2009, presented the Keynote Opening Address at the 61stLIYSF in 2019.

His researches were on the structure and functions of the ribosome, which among other applications, are important in the production of antibiotics.

Sir Venki Ramakrishnan is an Indian-born British American structural biologist. He is also the current President of the Royal Society since 2015.

Sir Venki Ramakrishna was awarded the Nobel prize in Chemistry in 2009 for studies on the structure and function of ribosomes.

Similarly, for the 62nd LIYSF that will be held in 2021, Professor James Rothman, the 2013 Nobel Prize winner in Physiology or Medicine will be presenting the Keynote Opening Address.

James Rothman, an American biochemist and cell biologist, is one of the world’s most distinguished in his field.

He was recognised for his discovery during the 1980s and 1990s, where Rothman showed how vesicles fuse with specific surfaces in the cell so that transports arrive at the correct destination.

The once-in-a-lifetime opportunity for participants to gain insight and guidance from world-leading scientists and researchers highlights the prestige and exceptional calibre of science excellence at LIYSF.

Sir John Cockroft was a British physicist who excelled in the field of particle physics. He jointly won the 1951 Nobel Prize in Physics for pioneering the use of particle accelerators for the study of atomic nuclei.

He worked under the supervision of renowned particle physicist, Ernest Rutherford, and along with his colleague, Ernest Walton, he built what is now known as the Cockcroft-Walton generator.

The circuit design of this generator was used to power their particle accelerator, and in turn, perform the world’s first artificial nuclear disintegration in 1932. This is now commonly (and perhaps, controversially) known as ‘splitting the atom.’

Albeit less known than his research discoveries, Cockroft also played an important role in helping avoid a nuclear disaster in 1957.

Sir Lawrence Bragg was a British physicist and X-ray crystallographer who was born in Australia. He is well-known for the discovery of Bragg’s law of X-ray diffraction in 1912, which ultimately led to the determination of crystalline structures.

In 1915, when Sir Bragg was just 25 years old, he, alongside his father, was awarded the Nobel Prize in Physics. Even today, Sir Bragg stills remain the youngest Nobel laureate in Physics.

Sir Joseph Rotbolt was a British physicist and humanitarian who was born in Poland. He became widely renowned for dedicating his life’s work to the cause of nuclear disbarment.

He was one of the Founding Members (1957) of the Pugwash Conferences on Science and World Affairs. This worldwide organisation, which is headquartered in London, is composed of scholars who seek viable solutions to problems relating to national development as well as international security.

Sir Rotbolt and his organisation were jointly awarded the Nobel Peace Prize in 1955, for their long-standing and highly effective furtherance of nuclear disbarment.

Sir George Porter, Baron Porter of Luddenham, was a British chemist, who is widely known for his studies of the equilibrium of chlorine atoms and molecules.

He received the Nobel Prize in Chemistry in 1967, jointly with three other chemists, for their advancements in the domain of flash photolysis. Flash photolysis is a technique used during very fast chemical reactions, for observing their intermediate stages.

He was also the director of many of the United Kingdom’s most influential scientific bodies, which include the Royal Society and the British Science Association.

He led new research in the field of Photochemistry at the Royal Imperial College of London, which is also the location where LIYSF is held each year. Sir Porter’s methodologies in photochemistry are still relevant to this day, and this is a domain where active research is pursued even in 2020.