Epigenetics: To Be, or Not to Be! 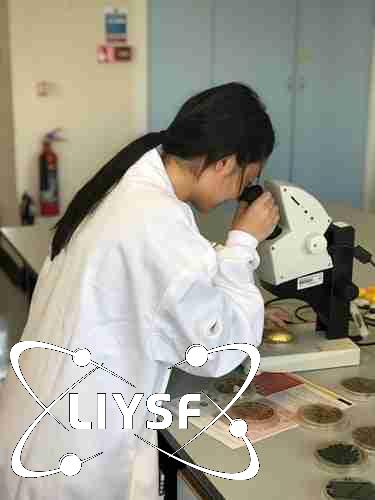 Epigenetics: To Be, or Not to Be

Epigenetics: To be, or not to be? Nada Alaa El-Ngehy, the participant representing Egypt at LIYSF 2013 writes about this highly topical issue.

Nada was sponsored by the  Research, Development and Innovation Programme (RDI) and The British Council.

“Would it be a stronger motivation for us to go to the gym, when we know we’re not only doing it for ourselves, but for our grandchildren as well?”

Who am I? What makes me the way I am? – are questions that have always haunted mankind, and scientists are not an exception. In their own way, scientists have been trying to answer these questions. Their search has led them to the discovery of genes, the information banks where all our traits are coded. Then, the mystery of the exact structure of DNA and the mechanisms of gene expression was solved, which lead to major scientific victories in understanding how our bodies function. But, scientists were nowhere near done. In fact, they found a higher regulatory mechanism: Epigenetics. With a literal translation of: ‘on top of’ or ‘in addition to’ genetics, epigenetics are defined as: changes in gene activity which are not caused by changes in the DNA sequence.

If you could imagine the genome as a computer, epigenetics would be the software that tells it what to do, and the ways to do that include histone modification and DNA methylation among other mechanisms. Histones are protein particles around which the DNA is wrapped. This wrapping is essential, otherwise the very long DNA wouldn’t fit inside the nucleus but, during DNA transcription the wrapping is loosened to allow the transcription mechanisms to work. So, if histone modification caused maintenance of a tight wrap, that DNA would not be expressed. On the other hand, addition of a methyl group to the DNA resembles putting a giant rock on a train railway! A methyl group simply says to the transcription mechanisms: ‘Stop right there’. These epigenetic mechanisms allowed scientists to understand why we have different types of cells in our bodies, despite the fact that all of them have the same genome. It is the epigenetic mechanisms working differently in every cell to make different parts of the genome active, and others silent, raising the difference in characters and functions between those types.

Now, let’s move on to the next couple of questions: Are epigenetics passed through generations? Are they inherited? And, are they modifiable? Scientists still don’t have an answer.
In September 2013, Tim Spector, Professor of Genetic Epidemiology at Kings College, London and George Davey-Smith, Professor of Clinical Epidemiology at the University of Bristol, participated in the inaugural Huxley Debate on the science of epigenetics at the British Science Festival. Professor Spector believes that epigenetics are possibly transgenerational, and that the choices we make today could affect our grand children to some extent, if not greatly, while Professor Davey-Smith disagrees with this, and argues that there is no evidence to suggest that epigenetic changes are transgenerational in humans or in any mammals.
Are epigenetics modifiable? Can they be altered by our choices and lifestyles? And the answer is: Yes! It is now well known through research that epigenetics act as a mediator of genetic and environmental changes and they are affected and altered by environmental changes. To demonstrate this further, we will talk about obesity.
In the 1960s, the Thrifty gene hypothesis of obesity was proposed; where genes that predispose to obesity would have had a selective advantage in populations that frequently experienced starvation. People who have these genes today might be those that ‘overreact’—not just becoming slightly overweight, but extremely obese. And since then, 22-30 genes were found to be associated with obesity, making it a highly heritable trait. Yet, genetic changes alone are unlikely to explain the rapid spread of obesity around the globe.The evidence so far suggests that genetic predisposition is not destiny—many people who carry so-called “obesity genes” do not become overweight. Rather, it seems that eating a healthy diet and getting enough exercise may counteract some of the gene-related obesity risk.
In 2008, for example, Andreasen et al., demonstrated that physical activity offsets the effects of one obesity-promoting gene. The study found that having a genetic predisposition to obesity did not seem to matter, for people who were active: their BMIs were no higher or lower than those of people who did not have the obesity gene. And how can environmental factors affect genome expression? Through epigenetics! We can actually eat and exercise our ways to a healthier epigenome. And maybe in the future scientists would also be able to come out with treatments for obesity targeting the epigenome.

We are nearing the end of our journey here, and it is now known that: epigenetics affect our genome expression greatly. And, unlike the genes themselves, epigenetics can be affected by the choices we make. In the end, we have to wonder, if epigenetics were proved to be transgenerational, should people like me – who consider late-night chocolate indulgence an integral part of who they are – reconsider their habits out of concern for future generations?
Would it be a stronger motivation for us to go to the gym, when we know we’re not only doing it for ourselves but for our grandchildren as well?